"Wow, Senior Qin is looking over here at us!"
"Major Qin is watching me."
"No, he is looking at me!"
The girls almost fought.
In the backlight, the tall and straight body stepped closer. Amid the screams of the girl, he curled his eyebrows and stopped. The man thought those guys from the Scientific Research Office was pretty useful. The military's nutrient solution did give a great effect on ordinary people. This body that he could crush casually, seemed to be more fleshy after not seen for two days.
Liu Weiwei raised her head and quickly lowered it again. Why did she feel that this person's sight fell on her? And it's her chest! This Major Husband was actually a scum? She immediately stared back in anger.
Soon, Qin Mo noticed the unfriendly gaze ahead, the irresistible gaze that looked like a rabbit trying to kill a full-level krypton beast, causing the corners of his mouth to curve invisibly. 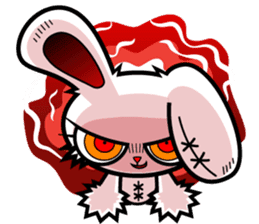 Standing beside him, the young lieutenant who was also dressed in a neat black military uniform turned on his light brain, turned out a golden letter, and threw it into the air.
[The First Army Corps was commissioned by the Interstellar Alliance Military Academy and ordered by Marshal Li. Ten sergeants are appointed to conduct three-day physical training for 512 students of Liyang High School.]
[Students who have applied for the logistics department of the military academy will be interviewed by Major Qin Mo in person.]
[Anyone who fails to pass the three-day training camp will be directly excluded from admission to the military academy.]
This icy voice was mellow but rose frustration, causing Liu Weiwei to immediately withdraw the rabbit's weak gaze. Not only her, all the students on the field was in an uproar.
"What? The training will not be so strict, is it?"
"Liar! This year my husband turned out to be in charge of the interview for logistics department! I didn't even sign up?!"
"Sh*t, is it too late to sign up now?"
"Ah...Whoever signed up had such sh*t luck, I also want to talk to my husband face to face!"
"I will take the opportunity to touch my husband's muscles during the interview. Even if I am disqualified for logistics admission, I can still apply for mecha major!"
"No, the loss is heavy!"
"The Marshal of the Alliance personally sent the major husband to me, but I didn't cherish it. If I can do it again, I want to tell him, husband, I am willing to be your logistics soldier. If you want to set a time limit, I hope it is five hundred years!"
Liu Weiwei blinked, rubbing the goose bumps. This big scumbag, there were so many fans, she couldn't offend him!
"Everyone listen!" The young lieutenant beside Qin Mo burst out a loud command.
The crowded playground, the girl's chattering regret, suddenly cleared.
"Level 6 and above on the left, level 3 and below on the right, and the rest in the middle. In ten seconds, move!"

Liu Weiwei was almost pushed to the ground by the rioting girl behind her. She was a slag physical strength, there was no power anywhere. Ten seconds. Ha ha. She has never passed a sprint test. She was standing in the middle of the playground, and now she had to run to the right in the opposite direction to the flow of people... T-T
The major, standing under the scorching sun meticulously, with his pitch-black eyes stared at the short-legged rabbit in front of him who was working hard to ‘crawl’ constantly. She was working hard, really working hard. Obviously, she had to use her poor short leg speed to escape when she saw a beast, but she still did not give up.
Almost every less than half a second, her skinny body would be hit by a running student on her shoulder or arm, and she almost toppled. But she desperately prevented herself from falling due to these collisions. She struggled to move fast towards the target, as fast as a turtle.
The major's indifferent black eyes couldn't help narrowing. Even if he crawled on the ground with his legs tied together, he sould run faster than her.
"Time is up!" The young lieutenant nearby announced mercilessly. "Students that are not in position, go out and give me three hundred…" Lieutenant Lu Qingheng solemnly issued a punishment order, but before he finished speaking, he saw his own major suddenly waved at him.
What did he mean? (￣▽￣) Did this mean double? Oh, our major was becoming more and more inhuman. Look at these young boys and girls who were likely to be underage. They were as weak as green onions. Was it really good to be so cruel? Especially the girl who was walking in a straight line, but was hit by a rampage and ending with a big curve. She didn't even know where she was going.
Six hundred people stood up, feeling their little arms were about to be broken.
Sure enough, he was known as the most brutal, most impersonal, and least reasonable Major Qin Mo in the universe!
"Six…" Lieutenant Lu Qingheng, feeling the pressure and sympathy to save the weak, but was killed and severed, decisively chose to unconditionally obey the orders of his superior in the organization. But unexpectedly, just after he said a word, a cold gaze fell on him. 0Дq!
A layer of goose bumps climbed Lu Qingheng's back! Soldiers often walk on the line of life and death, so they were particularly sensitive to murderous auras. Where did he make a mistake? Did the major mean triple? So inhuman!
Just between the hesitations, Lu Qingheng saw that the girl who walked tremblingly finally fell down. This time it was obvious that no one hit her, and there was no stone on the ground, so she tripped and fell by herself. Lu Qingheng's eyes twitched. With this physique, the girl was still preparing to take physical skills examination, and also to join the military academy. Was she's joking? If she was sent to the battlefield, she would definitely volunteer to become a beast’s feed!
The major had been staring at the girl as she fell to the ground and took a bite of soil. He has graduated for many years and he has also trained many recruits in the army, but it was the first time he saw someone almost knocked off their front teeth when nothing was chasing.
"This is not in the military base." The major finally said.
Lu Qingheng was taken aback, he immediately raised his head and glanced towards the sky. This was the cancellation of the penalty? Aha, did the sun came out from the west today?
When the girl finally ran to her position out of breath, Lu Qingheng breathed a sigh of relief.
"After you are in position, start counting!"
There was no need for the major to issue the next order. The other sergeants who came together immediately went to the four and five-star group of students in an orderly manner. They continued to divide the students into small classes for training and guidance.
The major stayed standing straight in the middle.
Lu Qingheng: "..." Oh no, in the script, the previous training guide was not like this. Shouldn't the majors go to mentor the talented students above six stars? What did he want to do just standing still?
Under the fiery gaze of the lieutenant and the six stars genius students which were only three people, the major finally moved. His slender legs moved, but he took three steps to the right, and stopped in front of the weak scum who stupidly almost broke her front teeth.
"For failing students, I will personally supervise the training. For six stars students, Lieutenant Lu is in charge."

Lieutenant Lu Qingheng was completely confused. The six stars genius students were also stunned. The teachers and students in the entire playground almost rioted because of this.
So, good grades were for nothing? Poor students who fail could instead to throw themselves in the major’s arms =o=
Huh, huh!
It turned out that failing physical skills was the correct way to pursue Major Qin!
But Liu Weiwei, who received all the envy and hatred eyes, touched her injured arm and wanted to cry ‘Scumbag, could you not stare at my breasts?’. Was it really okay that he was seen by everyone in the school having such a wretched look? There were many smart small cameras in the market now, did he want to ascend to the sky?
Major Qin, who wanted to ascend to heaven, stared to make sure that his weak scum rabbit student had really grown some meat. Although it was in an indescribable position, it also made him very satisfied. Meat grew in that place, so it’s not far from other muscles getting stronger.
"Not bad. Keep it up." The major in a good mood didn't skimp on praise.

However, just a few words made all the students of rank 3 and above almost cry out and beat the floor. It turned out that the major didn't like someone strong, he liked someone that was crushingly weak! Ow... they knew it too late. Now they all wanted to lose their skilld. Did they have to chop their left leg or right leg? Or did they have to chop both hands? ╭(╯^╰)╮ they wanted to cry!
Death-like mourning spread throughout the playground. This kind of dead girl's heart was more terrifying than anything.
Standing in front of three talented students, Lu Qingheng felt at this moment that he was going to be overwhelmed by the students’ substantive resentment.
Two of the genius girls lowered their heads in despair. "Uwaaa… I don't want to go to the military academy!!!"
Lu Qingheng now really wanted to summon the courage to beat his own major.
At this moment, Liu Weiwei was also so angry that she wanted to slap the face of this necrotic ice faced major. In the presence of most of teachers and students of her school, and the very likely possibility that the whole school was broadcasting this thing, this scumbag guy just satirized her with a smile. ￣へ￣ Continue to maintain the rhythm of failing? Really? Insignificant major, my resentment was getting bigger!
Qin Mo was still thinking whether or not to send the cell-enhancing nutrient solution newly produced by the R&D department to this weak rabbit. "You applied for the logistics and cooking department of the First Military Academy?" In the ink-colored eyes, there was a flicker of dim light.
Unfortunately, Liu Weiwei didn't see it. She was giving this big brother a slap in her heart. He dared to threaten her. He as an interviewer, she was not scared!
Liu Weiwei squeezed a smile from the gap between her teeth, "Yes, Major. After eating my craftsmanship, you will surely want to go to heaven happily."
Qin Mo lowered the brim of his hat and looked away. That bowl of steaming goat had indeed sent to the sky by him. Until now, he was still a little nauseous when he saw red nutrient solution. The blond man was directly admitted to the military hospital, he almost vomited his whole stomach. They did not die under the claws of beasts, but they really almost went to heaven by her hands.
"Bring your craft, let’s go and hunt down beasts." (TN: Craft a.k.a the Snail noodles Liu Weiwei made.)
"What?" Liu Weiwei stared in disbelief. Oh, the boss still wanted to eat her free food. In broad daylight, where's your face, boss? (TN: Face in Chinese represent someone’s dignity.)