Lying on the soft bed in the dormitory comfortably, Liu Weiwei wrapped herself with the quilt.
In the morning she was selling happily when Skynet suddenly reminded that her one-hour limit was up and forced her to go offline. The food of the last customer had just been handed over when her consciousness returned to reality. Although it was a pity, Liu Weiwei thought about today's income, and she was still happy.
According to Skynet’s intelligent statistics, she sold a total of 38 crepes and 26 pairs of chicken wings today. After deducting the cost of the ingredients, the stall rent and taxes, she had earned a total of nearly two thousand credits. Moreover, it was only an hour!
In this interstellar world, the credit coins value was controlled by alliances. So, except for rare materials, other items’ prices were basically equivalent to the 21st century on earth.
She used to be a middle-level white-collar worker on the earth, and her salary was nowhere near one thousand yuan an hour. Compared with her previous salary, the income of this stall was almost unbelievable. It's just a pity that she could only get one or two hours a day.
Liu Weiwei turned over in frustration. Even if she earned two thousand a day, it would probably be the year of dancing monkey when she saved enough to pay the 100 million gambling debt. Also it was unclear whether the interest rate would increase again by another 100 million...
Ahhhhh! She had to learn more profitable recipes!
Liu Weiwei hit her pillow to vent her anger. With a flash of thought, she entered the cooking system again.
[Beep – The host completed the first novice task. Completed learning three snacks with 67% proficiency, and accumulated profit of 1958 credits. After completing the task, you get a permanent reward: snacks cooking skill bonus 5%, food mood bonus 5%."

Liu Weiwei was stunned, what was the mood bonus?
[Sixteen types of advanced snack training are open, the host can enter the task.]
[Starting the second novice task. Complete ten snacks with 100% proficiency, and get a cumulative profit of 10,000 credits. Task reward: 5% cooking bonus for snacks, and activation of the spice exchange function.]
Spice exchange? Could that save a lot of money?
Liu Weiwei was enthusiastic instantly. Everything that was conducive to repaying the debt was good news now. Looking through the taskbar menu, there were 16 kinds of snacks from all over the world, so she suddenly fell into entanglement and hesitation. The refreshing summer dish Liangpi, the never miss shǒu zhuā bǐng, chubby and delicious takoyaki, simple but crispy ròu jiā mó, and Korean Tteok-bokki... 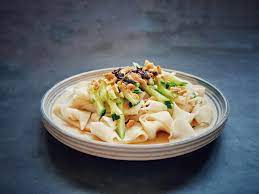 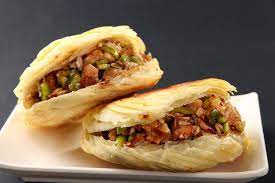 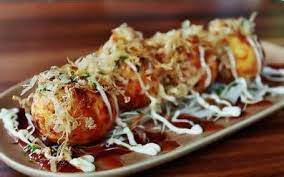 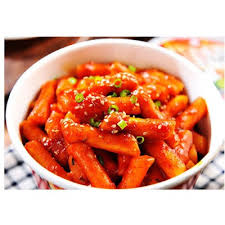 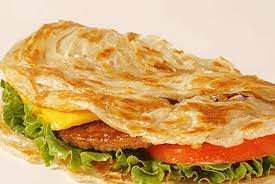 Shǒu zhuā bǐng
This cooking system didn’t only have only Chinese food, but also international cuisines. These were all snacks that have made her salivate in the past. How could she choose?
Liu Weiwei stared at the name of each product, and fell into deep thought...
It took a full half an hour before she finally made a decision.
But, just as she entered the training classroom and was about to accept the video guidance from the mysterious chef, she received an email notification that interrupted her plan.
…
In the spacious teacher's office of Liyang High School, a three-dimensional projection was floating in the air.
Liu Weiwei looked down at her toes, her chin pressed to her chest. She stood pitifully in front of the projection.
"There are still three months to the college entrance examination. I have taught thirteen graduates and thousands of students, but I have never seen a score like yours. 46 in molecular science, 30 in chemical engineering, 13 points for mathematics..." A middle-aged man in a suit, leather shoes and black-rimmed glasses was talking in front of Liu Weiwei.
While speaking, the teacher patted the electronic screen in front of him with a sad face, "Thirteen points? How did you do it, classmate Liu Weiwei? There are total of 60 points in the multiple-choice portion, and they are all single choices! Tell me, how did you manage to only score thirteen points ah?"
Liu Weiwei didn't know whether to cry or laugh, so she stood there speechless.
This was Hang Jianchun, the head teacher of the original owner. However, seeing him now, Liu Weiwei could only think of the snowy winter, full of despair! Who would have thought, she, an intelligent woman, would actually be scolded by a teacher one day. (TN: Chun/春 in Hang Jianchun name means spring.)
"Liberal Arts, you can't do it, can’t you? Science, you also can't do it, can't you?" The middle-aged man's saliva was sprayed onto the electronic screen, "What about Physical Skill? Your Physical Skill score was actually an F! Were you so weak that you can’t even lift your arms?"
The college entrance examination system after thousands of years was actually very humane. Liberal Arts, Science, Physical Skill, and Spirituality were the four major branches. Candidates could apply for the exam at will. As long as one of the four major exams was outstanding, they could enter the university they wanted for further study.
However, Liu Weiwei's body original owner turned out to be useless. Ai!
Thinking of herself being transmigrated and knew nothing about the current knowledge, Liu Weiwei's head became swollen.
"I'll give you one last chance! If you want to graduate safely, next Wednesday, the joint mock test of the top ten schools, you prepare for that!" The last few words, the middle-aged teacher gritted his teeth and said, "The requirements are not high, as long as you pass one of the four major exams, I will approve your graduation!"
If she failed, naturally she wouldn’t even have the qualifications to graduate from high school.
Liu Weiwei was sweaty thinking of not even having a high school diploma. This was simply unbearable.
"Okay, nothing more." Hang Jianchun hated iron for not becoming steel*. "You go back and review. If you don't understand anything, just send me an email." (TN: Idiom. Meaning to feel resentful towards somebody for failing to meet expectations and impatient to see improvement.)
"Yes, yes, definitely." Liu Weiwei nodded in a good manner.
Today's education was based on artificial intelligent. Teachers could complete their teaching at home. The student also did not have to enter a classroom to study. With a high degree of freedom, it could be said to be a paradise for genius students, but hell for school scumbags like Liu Weiwei.
"There is a mutual aid section in the education forum. If you have nothing to do, check it out." Hang Jianchun was going offline, but he didn't feel relieved. He turned around and pointed out, "Don't read it by yourself! If you don't understand, you should ask someone for help!"
"Um... Okay, thank you Teacher Hang for your guidance." Liu Weiwei's face flushed.
Liu Weiwei didn't know how she got out of the teacher's office, only felt that her hands and feet were a little soft. She was too embarrassed. In her previous life, she had an IQ of 120, she was a famous top grade student in high school, and also a study committee member in her class. Like a tiger fell to Pingyang*, she was so angry! (TN: Idiom. 虎落平阳/Hǔ luò píngyáng = no matter how great you are and how powerful you are at the pass but the moment you become weak you will still be bullied by someone.)
"Oh, we will have a mock test next week, and I met the lowest ranking student when I went out! Bad luck!"

Suddenly a sarcastic laugh came from the corner of the corridor.
When Liu Weiwei turned her head, she saw a colorful head. The memory in her mind flashed in an instant, this was Qi Fei, the rich young master in the original owner's class. He always liked to laugh at and bully her, and she didn't know how the original owner had offended this young master. Liu Weiwei sighed secretly, she was almost 30, and she had been in the society for many years, how could she be willing to bicker with such a boy?
She remembered that when she was in elementary school, the boy sitting in front of her always bullied her. Later, after graduation, she knew that the boy liked her. But Liu Weiwei looked down at her shriveled figure, and then saw the haggard and thin face reflected on the glass window, she felt that she was thinking too much. She turned around and left without looking at the oncoming Qi Fei. She didn't intend to respond.
The rich young master saw that she just left him, and was decisively angry, "Liu Weiwei, you see me, now could you don’t even say hello? You idiot woman, what is your attitude? Who gave you the guts? So rude!"
Liu Weiwei paused. In the Interstellar world of the 30th century, a rich second generation still walked sideways*. Unfortunately, she had no time to pay attention to it now. (TN: Slang, meaning harsh/unreasonable.)
But another soft voice sounded behind her.
"Young Master Qi, let's go to the self-study classroom. Weiwei has poor grades, so let her go back to read her books~"
Liu Weiwei's goose bumps came out hearing this voice.
Sun Ling'er, a flower in their grade, looked good and had good grades. She also had a gentle and lovely temperament. When Liu Weiwei stood next to her, there was a sharp contrast. The original owner stayed far away from her every time, and she never spoke to the original owner in Liu Weiwei’s memory.
As soon as Liu Weiwei heard this sound, the conditional launching ground accelerated her pace.
Qi Fei's unpleasant voice came from behind, but she couldn't hear the content clearly.
The classrooms of Liyang High School were open 24 hours, especially for the senior high school students who were close to the college entrance examination. Those who work harder often came to the classroom on weekends to do their self-study.
Today was no exception. Liu Weiwei intended to join them. When she stepped into the classroom, several egg cabin lights were already on. After choosing an empty cabin in the corner of the last row, Liu Weiwei quickly got in.
The nutrient solution that was automatically ejected in the cabin not only replenish physical functions to relieve hunger, but also improve people's mental state, allowing tired students to concentrate on learning, which was most suitable for holding Buddha's feet* before the exam. (TN: Idiom. Meaning to make a hasty last-minute effort)
Liu Weiwei looked at the enclosed cabins one by one, and secretly cheered herself up. She had a lot of requirements for herself. Not only that she had to pass the score passing line, but she had to also be able to get a score that enabled her to go on a university for further studies.
These three months, she must hurry!
The first thing to try was the Liberal Arts test, which was also the subject that Liu Weiwei had the most confidence in. She was a liberal arts student in her previous life, and the topic should be about the Interstellar after the first thousand years of prosperity. Confident, she quickly clicked on the mock test button in the study cabin. The learning system integrated the question bank of various universities, and randomly generated mock test questions for actual training of candidates.
Liu Weiwei straightened her sitting posture, took a deep breath, clicked to enter the mock exam, and was ready to start answering questions. The gentle female voice with a rounded accent, very humanely read the problem in the cabin. The voice was gentle, tactful, and fascinating. However, the content was comparable to a watermelon knife! 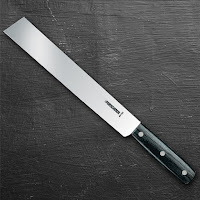