Liu Weiwei felt that she had a long long dream.
She saw a snow-white world. At the corner of the horizon, countless green, red, and colorful plants and flowers began to grow wildly, and cows, horses, snakes and sheep slowly bred and grew up. Countless nights and days continue to passed, as if many centuries have passed. Her soul was floating in the air, until one day she suddenly heard a cold voice.
[Beeeeep —— Successfully capturing the host’s soul and confirm it as a first-level sinner in the interstellar. The system is automatically bound, 30%...70%...99%...]
Liu Weiwei body temperature seemed to start to rise at this moment, and her stiff limbs slowly felt some tingling. She struggled to open her eyes. Where was this?
[The host woke up, the IS397 surveillance satellite is now activated. The host violated the China Universe Gourmet Alliance’s Act 3442 by being disrespectful to the sacred and great cuisine. The host also used filthy language to insult female chefs, which constituted a personal assault.]
Huh? Liu Weiwei shook her dizzy head. Interstellar Gourmet Alliance? Insulting female chefs? What the hell was this!
She witnessed her boyfriend Qian Jun cheating a minute ago, so she angrily tore the apple pie she had just finished to pieces like crazy.
['What's the use of this shabby, ridiculous cooking class? There is no use for this sh*t!']
['Grab a man's stomach? Make men happy? Ha, ridiculous, so ridiculous!']
['It is ridiculous that there are so many women in the world who are willing to cook for men, you are all deceived!']
['With this sh*t cooking skill, you will never be happy! Don't be whimsical!']
[Beep, the above is a personal attack of insulting female chefs the hose had done, does the host remember it?]
Liu Weiwei couldn't help but stare.
[In addition, the host threw the torn apple pie to the scumbag and the scumbag’s woman, wasting the most precious food in the universe, and disrespecting the great food.]
Liu Weiwei was stunned. This was also counted?
She remembered that just now after she threw the apple pie on Qian Jun and that Xiaosan, she angrily walked into an elevator, but the elevator lost control and dropped sharply. She lost her center of gravity, slammed her head against the wall, and lost consciousness after a severe pain. Was she dead?
But before she could finish her analysis, the cold voice sounded again, this time it was even clearer than before, as if it was right in her ears.
[Now the host is held accountable for civil and administrative responsibilities, and the ultimate punishment task is delegated.]

[If the mission is not completed, or if the host defected or resisted in the middle, the host’s soul will be completely wiped out.]
Liu Weiwei mouth opened in astonishment, she even forgot to pinch herself, to see whether she was still dreaming. Was this funny? Her love was broken so she cursed and swore, but she couldn’t do that?! This *&@_!@^%#!
[Beep – the host insulted the IS397 monitoring system, which constituted a level three crime and was judged to receive level D electric shock penalty.]
Huh?
[Implement now!]
Huh? Wait wait wait!!! Liu Weiwei hadn't reacted yet when a sudden numbness came from her mind, instantly as if countless steel needles were piercing her forehead, the pain made her eyes black, and she screamed immediately. Sh*t, this turned out to be real?!
[The host please accept the task. Countdown, five, four, three ...]
Liu Weiwei was in a cold sweat with pain, she held her head and was about to faint, she yelled in panic, "Accept, accept, I accept!"
As soon as her voice fell, the whiteness in front of her suddenly twisted and changed. The endless snowy white room actually erected a carved red lacquer wall, high pillars carved with gold and silver double dragons, and hundreds of long tables made of Chinese cedar arranged one after another as long as she could see. Then there were thousands of dishes that she couldn't even name. All kinds of delicacies with bright colors and scents appeared on the Chinese cedar wooden table. 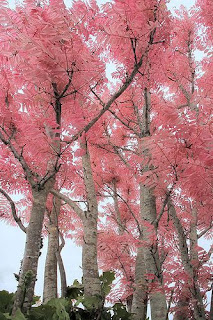 Chinese Cedar Tree
Sichuan cuisine, Cantonese cuisine, Shandong cuisine, Jiangsu cuisine, Zhejiang cuisine, Fujian cuisine, Anhui cuisine, Hunan cuisine, Chaozhou cuisine, Northeastern cuisine, Shanghai cuisine, Jiangxi cuisine, Hubei cuisine, Beijing cuisine, Tianjin cuisine, Hebei cuisine, Henan cuisine, Hakka cuisine…
Her taste buds, smell, and vision were instantly stimulated to the extreme! Liu Weiwei couldn't help swallowing her saliva. She looked up and shocked when she saw the words on the wall.
[Chinese civilization has been reincarnated over and over for the past tens of thousands of years, and many major cuisines are going up and down. They have endured for a long time, but nowadays, hundreds of cuisine traditions are withered, and are waiting to be revived.]
[Ultimate Punishment Task: Ask the host to fuse these hundreds of cuisines, form a new eating culture, and awaken the people’s taste on the current world. From then on, dominate the universe and reach the top of gourmet food!]
Liu Weiwei reached out and wiped her eyes. She really wanted to hit her head on the wall! Fuse these hundreds of cuisines? Well, she seemed to have just finished reading a kitchen for dummies guide.

Dominate the universe and become the master of gourmet food? If the mission failed, would she be completely obliterated? God, why didn't you just electrocute her directly!
Liu Weiwei stared at the words on the wall speechlessly, tears streaming down her face.
F*ck, she was wrong. Food should not be trampled on, cooking should not be called shit, let alone called a woman who knew how to cook as a stubborn brain.
This was all that damn scum Qian Jun fault! If he was here, this old lady would kill him now!
*****
Hi~
Teaser for the next project in MDMTL.
Interstellar Chef Raising a Baby - ICRAB will be officially updated once ATBBMPL finish around next week. It will replace ATBBMPL slot and uploaded 1 chapter everyday at 17:00 (GMT+8).
I hope you are all exited and thank you for your support always.
Cheers,
MD

If you enjoy my work, please consider sending this sleep deprived mtl-er some ko-fi. =)
Leave a review in Novelupdates
Next chapter >>