After Transmigrating, the Bosses Begged Me to Plant the Land – Chapter 54

When Qin Yueze entered the meeting room, he happened to hear Xia Xia said Shen Tingshuang's name.
Here Ai Ming was also a little surprised: "Shen Tingshuang?"
Xia Xia explained: "Although Shen Tingshuang is an internet celebrity, we have checked her hot searches since she became an internet celebrity. Each time, she entered hot searches by her own means and has never bought any for herself."
After saying this, Xia Xia looked at Ai Ming, Shen Tingshuang several hot searches were related to Qin Yueze, but she didn't say this.
"This variety show…"
Ai Ming hadn't finished speaking, and Qin Yueze on the side already interrupted: "I'll take it."
The meeting room was quiet: "Yueze?"
Qin Yueze nodded: "Adjust my schedule, I will take this variety show."
Xia Xia showed a surprised expression and stretched out her right hand: "Great, actor Qin, looking forward to our happy cooperation."
The two sides shook hands and Xia Xia happily returned to the TV station. The preparations for variety shows could begin. With Qin Yueze and Shen Tingshuang, she felt that the rest of the guests were not that important.
...
In order to avoid the embarrassment when filming, after agreeing to Xia Xia, Shen Tingshuang kept watching Xia Xia's variety shows at home to supplement her knowledge of variety shows.
As a result, she found that one celebrity personality was one in a certain variety show, but different in another show, and she became a little bit confused.  Finally, she searched on some forum to find out that there was a script in the program, but Xia Xia told her that this reality show would be unscripted.
However, Shen Tingshuang felt that even if the program team gave her a character, she would not be able to act.
...
After confirming cooperation with Qin Yueze and Shen Tingshuang, the crews of <Travel Together> also managed to sign cooperation with Liu Jing, Bai Hao and Geng Chengyun as three other guests.
As soon as they heard that it was directed by Banana Station’s Direcot Xia Xia, these three people immediately agreed.
‘The Answer’ high discussion has also brought Liu Jing certain fame. Bai Hao and Geng Chengyun were among the rising small fresh meats now, and their traffic was pretty good.
When later they discovered that Qin Yueze was also participating, the three of them were even happier.
-----
The author has something to say:
Have you seen the other book God of Cooking? Do you remember the details about Ah Shuang in it?
-----
TN:
Ah Shuang when asked by Yueze fans probably: 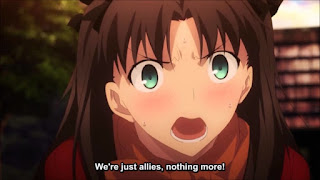