After Transmigrating, the Bosses Begged Me to Plant the Land – Chapter 51

June 10, 2021
ATBBMPL – Chapter 51
Thank you AngelLily for your Ko-fi!
The goal has been reached so there will be 1 extra chapter uploaded tonight at 19:05 (GMT+8)
Enjoy~
- MD
*****
The group of people walked away mightily. Shao Feng watched them leave with a slightly shocked expression.
The people in the village were getting better and better toward Shen Tingshuang, so he couldn't lag behind.
...
Coincidentally when villagers of Yao Village submitted the petition, they happened to meet the chief of the Bureau of Letters and Calls.
So, as soon as he learned about the situation, Director Hu immediately ordered someone to investigate.
Fu Group was eventually fined 50,000 yuan and penalized by suspending business for rectification.
Although it was a fraudulent use of Xin Yuan Shan's reputation, Xin Yuan Shan has not registered as a trademark, so the fine of 50,000 yuan was considered a lot.
Netizens were a little dissatisfied with the verdict, but they couldn't help anything. This was the solution according to the law.
…
Meanwhile Shen Tingshuang has just obtained Xin Yuan Shan trademark.
On the way to the office, the system notified Shen Tingshuang that the task was completed, Shen Tingshuang was a little shocked: "So fast?"
System: "..."
Shen Tingshuang felt that the lottery she made gave result in an instant, and she gained 10 million followers in one go.
"Can I add more tasks?"
"No." Although followers were easy to gain, there were only five days left.
"By the way, we can draw the lottery today." Shen Tingshuang Weibo lottery draw was closed, and a netizen named Xiaozhu won the draw.
Xiaozhu was a fan of Qin Yueze, and he joined to try winning all of Qin Yueze's works since his debut.
For a time, Xiaozhu’s followers also increased sharply, and everyone discussed lively, whether she joined for Shen Tingshuang prize or Qin Yueze's works collection.
Shen Tingshuang's followers rose slightly again.
...
The spread of Fu Letian videos quickly faded away, and at the same time, Shen Xuan's topics were increasing.
About the previous video, Shen Xuan also saw it and she was shocked. Bu before she had time to ask, Fu Letian came to the crew.
After being together in the crew for several days, Shen Xuan finally asked about the video.
Fu Letian only said that he was framed, and sooner or later he would find the people behind the scandal.
Shen Xuan showed her understanding on the surface and but went to find more information on the case involving Fu Letian in private.
It was good to have a backer, but if Fu Letian was gay, Shen Xuan feels that she didn’t need his backing anymore.
Although the Fu Family was powerful, there were four big families that were more powerful than them.
Seeing that Shen Xuan understood, Fu Letian spent more and more money on Shen Xuan.
‘Sword Fairy’ hasn't aired yet, however the press releases about Shen Xuan were everywhere already, and people could see them no matter what web page they open.
Netizens joked that they posted these propaganda articles just like ads for yellow websites.
In comparison, the topic of Qin Yueze’s drama was on hot search occasionally, but every time it entered hot search, it would be number one.
The two dramas were finished almost at the same time. At this time, Shen Tingshuang was doing her 40th mission.
Within 15 days, her funds should reach 16 million.
During this period of time, Shen Tingshuang already supplied Super Mall huge amount of produces every day. With Yingying help, Shen Tingshuang's daily fruit supply directly fixed to 2000 catties each kind.
So her funds have exceeded 10 million long before this task was released.
As soon as this task came out, Shen Tingshuang only needed to supply some more.
Moreover, during this period of time, Meow Meow Takeaways also gave income.
After receiving the task, Shen Tingshuang's fruits in a certain treasure shop were also restocked.  Yingying helped Shen Tingshuang earned the money this time, so it was twice the result with half the effort.
...
The task needed to be completed within 10 days, but Shen Tingshuang completed it on the fourth day.
The system asked: "Do you want to add task?"
Shen Tingshuang refused. If the addition was 32 million, she would have to make 16 million in 6 days. This goal was somewhat difficult.
Speaking of it, she had no concept about money before. Since the system gave out the task of making money, Shen Tingshuang's concept of money has been going up.
"Congratulations to the host for completing the task, get a reward: restore 40% of the spiritual veins."
...
Feeling the recovery of the spiritual energy in her body, Shen Tingshuang looked at her arms as it seemed that the bones on her whole body were much lighter. She tried jumping and found she could leap in a short time.
Yingying also felt the increased spiritual energy and flew to the front of the mountain. After seeing it was only Shen Tingshuang, he returned to his usual cold look again. But before leaving, he still said: "Not bad."
Shen Tingshuang smiled and shook her head. Now, with 40% of the spiritual veins recovered, she could water several acres of land at once.
The more spiritual veins was recovered, the spiritual energy also multiplied, so Shen Tingshuang felt that maybe she could water the entire mountain all at once even before recovering 100% spiritual veins.
...
In late October, Shen Tingshuang has planted all the land on this mountain, more than a month earlier than expected.
At five o'clock in the afternoon, Shen Tingshuang started the live broadcast that hadn't been opened for a long time.
As soon as the link was shared on Weibo, many fans came in to fight.
[Ah Shuang, since the last Weibo lottery, you have never done live broadcast it again.]
[Ah Shuang finally remembers that she is still an anchor.]
...
Shen Tingshuang: "Recently, I have been busy. I have planted the remaining half of the mountain, so I will it show you today."

...
At 9 o'clock, VIVI said:  "Next, it's time for us to be very excited. Let’s welcome Ah Shuang in."
[Ahhhhhhh finally, I waited for Ah Shuang!]
[Okay, I have reserved the fruit.]
[I am waiting for you, fortunately I didn't give up,]
...
Shen Tingshuang sat on the left hand side of VIVI, which was also the right side of the screen.
In the past live broadcast of Shen Tingshuang, the pixels were very worrying. After all, it was the front camera of a mobile phone, and the lighting was not very good in the evening.
Now, watching Shen Tingshuang in high-definition, everyone was stunned.
[Mom, Ah Shuang is so beautiful!]
[VIVI, as your beloved fan, I am going to climb the wall.]
[Her look is not worse than a star!]
[Such a good-looking young lady is farming, to be honest, I don't believe it.]
[Insert, did Ah Shuang wear clothes that were sold just now?]
...
The comments below were brushed quickly, and VIVI pretended to look unhappy: "You dare to climb the wall! I will ignore you, huh. By the way, Ah Shuang wears the size 5 just added, and the jeans are size 7."
Shen Tingshuang blinked and asked: "What does it mean to climb the wall?"
VIVI explained: "My fans are going to pay attention to you instead of me."
Shen Tingshuang nodded: "Okay, you are welcomed to follow me."
The netizen suddenly laughed.
[Miss sister, you are so straightforward!]
[Our Ah Shuang is such a straight daughter.]
VIVI was a little dumbfounded. Even if she wanted fans, under normal circumstances, she would not say it so openly.
However when Shen Tingshuang said it so bluntly, she didn't feel annoyed at all.
After hearing that everyone was talking, she said: "Don’t just follow me. You can continue to follow VIVI. There are so many delicious things in VIVI live broadcast room. Remember to buy snail noodles."
Netizens began to comment again.
[666666]
[Does Ah Shuang watch live broadcasts often?]
...
The staff on the side whispered a curse.
When Shen Tingsuang just appeared for a while, and the sweaters and jeans that had just been put on the shelves were directly sold out.
VIVI heard this from her in-ear. Her face was still when she whispered to the camera: "Secretly telling you, Ah Shuang is a favorite fan level 5 in my live broadcast room."
Viewers watching the live broadcast suddenly became suspicious.
[Favorite fan level 5?]
[Although she lives in a mountain, Ah Shuang can still buy so much.]
[Ah Shuang, what did you buy?]
Shen Tingshuang: "Ah, snail noodles and all kinds of other delicious food like snail noodles, as well as clothes, shoes, electrical appliances, wallpapers and floorings at home are all bought in this live studio."
The viewers said immediately [That's basically everything we have seen in Ah Shuang's room.]
[As far as my concern is concerned, Miss Sister seems to like snail noodles very much she mentioned it twice.]
[Unfortunately, VIVI won’t serve the snail noodles today. Otherwise, Miss Sister can eat it.]
[Upstairs, you can watch the live broadcast of Ah Shuang cut by netizens, there was her video making snail noodles.]
...
After chatting for a while, VIVI began to enter the topic: "Everyone knows that the fruits of Xin Yuan Shan are not easy to buy. Today, Ah Shuang brought five kinds of fruits, each 10,000 copies, but the purchase is limited."
[I want!]
[I’m waiting for this tonight]
VIVI: "Don’t you need me to introduce it?"
[Correct!  Follow the link!]
VIVI: "Okay, the first one is kiwi. When I ate this kiwi, I was completely shocked. It is so delicious you know, and the flesh is translucent and very beautiful"
[Don't say more, my saliva has come out.]
[ Put it on the shelf!  Where is the link?]
[I’m going to hack the staff’s computer, and I’ll upload the link directly to everyone!]
VIVI touched the tears that did not exist: "Okay, you have begun to be tired of me" Netizens begun to comfort VIVI.
Shen Tingshuang found that VIVI was really good at chatting, and she found it fun to be around.
"Let’s not delay anymore. Ten thousand copies of kiwi will be connected to the link directly, don’t blame others if your hands were too slow."
VIVI said: “Come on, Ah Shuang, let’s count down together."
Shen Tingshuang has watched this section countless times, and naturally knows how to count down, so she and VIVI- started saying: "3, 2, 1…Connect"
In less than five seconds, VIVI immediately update:  "It’s sold out."
Shen Tingshuang felt that VIVI was very good at bringing the goods.
She had also sold fruit before, but they wouldn’t be sold out in five seconds.
"It's amazing." Shen Tingshuang said.
VIVI: "It's not that I'm good, but your fruits that are delicious."
Shen Tingshuang: "No, no, no, I didn't sell so quickly."
[That's because you never say when you will restock!]
[lololol Miss, because you never say, I will go refresh the store from time to time, most of the time there is no stock. We managed to buy your fruits only by luck.]
...
VIVI laughed: "Next time when Ah Shuang restocks fruits again you can post a Weibo notice in advance.
Shen Tingshuang made an OK gesture.
-----
The author has something to say:
The next product is here! Please welcome, Ah Shuang~
Shen Tingshuang: ??? I just want to farm in a quiet place. 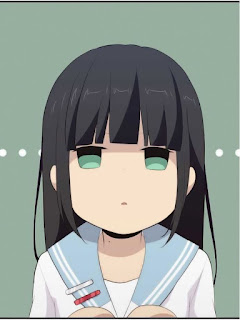