After Transmigrating, the Bosses Begged Me to Plant the Land – Chapter 44

[When I first met Miss Sister, there were 1,000 copies and 10,000 copies of fruits given away, but now I never met anything like that anymore.
[After eating @Ah Shuang who Farms' fruit, I don't want to eat other people's fruits anymore.]
[The fruits certified by big actor are really different.]
[I followed the trend and bought cantaloupe, my mother asked me why I finished eating on my knees.]
...
There were more and more reviews on the Internet. When many netizens posted on Weibo, they brought up the super topic #Ah Shuang#, which made Shen Tingshuang's Weibo fans rised again.
A certain treasure's orders have also been rising, and several fruits have become limited stocks. And Shen Tingshuang was busy picking fruits all day.
...
In the evening, Pei Rui saw the fruits brought by his father today, and once again fell into self-doubt.
He went to Xin Yuan Shan that day, and Shen Tingshuang actively asked him to taste the canned fruit and jam. When he was finished, she ran to farm. Finally, he didn't find Shen Tingshuang again before returning home.
Originally, he planned to leave his contact information. In the past two days, Pei Rui felt that if Shen Tingshuang wanted to find him, she would definitely ask Lu Minghui for his contact information, but there was nothing at all.
Seeing that Pei Wenshu brought back almost half a carload of fruits, Pei Rui said, "Shen Tingshuang gave so much fruit?"
Pei Wenshu's face smiled: "She did give a lot today."
Some time ago, he brought too few fruits back. Elder Pei even satirized him, saying that he as the president of Pei Group can only bring back so little fruits from his own supermarket.
"Did she not say anything?" Pei Rui asked.
Pei Wenshu was a little puzzled: "What should she say?"
"Just to inquire something?" For example, ask for his contact information?
Pei Wenshu waved his hand: "She is very busy every day, so there is no time to inquire anything."
Elder Pei really had a high vision at the time. When Shen Tingshuang’s fruits were first supplied to their supermarket, the benefits of these fruits were not worth mentioning for the size of Super Mall. But now, this fruit has big actor certification and Super Mall’s sales for several days have been higher than that of the same period last year.
After a while, Pei Rui was even more confused. Then why did Shen Tingshuang ask him to eat before? 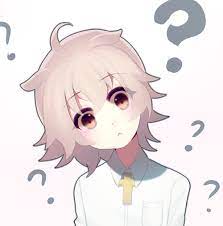 ...
Before the live broadcast, Shen Tingshuang poured spiritual energy to the rice that was planted previously. After the top of the rice plants bore grains, Shen Tingshuang started the live broadcast: "Today I continue the content that was not finished yesterday."
[There are so many rice here!]
[What are this rice, bamboo shoots, and green beans for?]
Shen Tingshuang has picked half a small basket of rice, and then began to clean, mill the rice, and wait until the rice comes out.
[It turns out that rice is processed like this.]
[Got it.]
...
As Qin Yueze’s assistant, Xiaoyue also scans Weibo when he was free, and occasionally watched live broadcasts.
Since the last time he ate Shen Tingshuang's fruit, Xiaoyue has always been craving for more.
Later, at Qin Yueze's birthday, for the fans to be able to eat more, Xiaoyue did not taste even one fruit.
After coming to City H, Xiaoyue found that Qin Yueze brought a large box of fruits, but Qin Yueze didn’t offer hime some so he didn’t dare to eat them carelessly.
Unfortunately, the fruit a few days ago…
Xiaoyue glanced at Qin Yueze who was filming, and then looked at the person on the screen doing live broadcast.
Today he bought a copy of apricots. It’s not that he didn't want to buy more fruits. It’s just that the purchase of this thing was restricted. He has never seen such a business!
Yesterday, he watched Shen Tingshuang's live broadcast making something mysterious. Shen Tingshuang said to the viewers that if anyone could guess what she was making, she would send three catties of fruits! So Xiaoyue guarded the live broadcast early this morning.
After Qin Yueze finished filming the scene, he sat down beside Xiaoyue.  Xiaoyue said in a low voice, "Bamboo shoots and green beans put in a clay pot, bamboo shoots' rinds and mushrooms left to dry. Today is rice, Brother Ze, what do you think this is going to make?"
Qin Yueze glanced at the screen. Shen Tingshuang on the screen was washing rice and soaking it in a basin, as if everything in the outside world had nothing to do with her.
Qin Yueze seemed to have a faint smile on her mouth: "Snail noodles."
"What?"
Qin Yueze: "Make snails noodles."
Xiaoyue was unsure, but couldn't think of anything else for a while. After all, all he could think of was not relevant. So he just entered the three words Luosifen* in the comment box.
(TN = 螺螄粉= Luosifen / Snail noodles)
After Shen Tingshuang put the rice aside, she then had time to look at the screen and found that someone said the three words Luosifen.  Netizens comment below.
[Don't be funny, how could making snail noodles like this.]
[Yes, I think its bamboo shoot rice, there are no snails.]
Shen Tingshuang suddenly said: "Congratulations to this XY, what I have been making is indeed snails noodles."
[F*ck]
[I just went to Baidu*. Rice noodles are made of rice, and they need to be soaked before being made into noodles.] (TN: Baidu = Chinese search engine)
[Kneel down.]
[My tears flowed out of my mouth!]
Shen Tingshuang: "To XY please leave your address, the fruits will be sent tomorrow, and another ten people will be drawn to give peaches tonight."
Xiaoyue heard what Shen Tingshuang said, and swallowed: "Brother Ze, you guessed it!"
Qin Yueze: "Remember to give me half the prizes."
Xiaoyue's expression changed from surprise to dullness: "?"
...
After the lottery was done, Shen Tingshuang ended today's live broadcast.
<< Previous chapter | Next chapter >>