After Transmigrating, the Bosses Begged Me to Plant the Land – Chapter 50

The location of Qing Bar was in the bustling area of ​​the city.
It was hard to imagine that there was such a place in such a bustling area.
The lively city, after entering the gate of this clear bar, became very quiet.
Everything in the room was isolated, soothing music was played, and the people who came here each sat in their own places, some was drinking small glasses of cocktails and others talking about business.
The entire Qing Bar has two floors, the first floor was the lobby, and the middle of the second floor was hollowed out so you can see the first floor, and the railings next to it were also made of glass.
Pei Rui had a reservation, and the waiter took them to sit down on the second floor.
Shen Tingshuang, Li Xiaoru and Lu An'an were sitting besides the glass railing.
Pei Rui and the others started ordering alcohol: "Ah Shuang, what do you drink?"
Since they saw Shen Tingshuang's Weibo just now, everyone's name for Shen Tingshuang has changed from Tingshuang to Ah Shuang.  "I don't really know, you can help me order."
Shen Tingshuang has never been here before, and has no idea about the wine with the English name written on it.
Hearing this, Lu An'an said, "Give Ah Shuang a cup of sunrise, it's delicious, and the degree is not high." 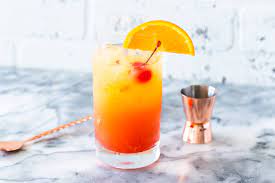 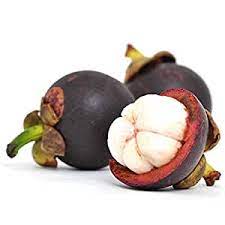 Mangosteen here
Hearing this Shen Tingshuang interrupted him directly: "You are lying. You didn't go to Xin Yuan Shan to buy today."
Pei Rui felt that Qing Bar's behavior was a bit bad, and they entirely borrowed of Xin Yuan Shan's name.
Mao Qinghua didn't know where he get the information, but he said something in Pei Rui's ear.
After listening, Pei Rui said: "Your shop’s approach is a bit wrong. You told us that it was not from Xin Yuan Shan, but would still say to other guests that it was from Xin Yuan Shan as usual, and the fruits in these pictures are also the same as ours."
After finishing speaking, Pei Rui raised his phone. The picture displayed on the phone was taken by Mao Qinghua just now. The fruit served to the table of other guests.
The person in charge did not expect that these young masters would be entangled with this fruit problem.
Yes, the fruit in their store was indeed not bought from Xin Yuan Shan, and it was because Xin Yuan Shan’s fruits were currently somewhat famous that they advertised this way.

Yao Dazhu wanted to go too, but was stopped by his own wife: "How can you go like this? Let's go, don't worry, no one can beat my ability to cry, throw tantrums, and threatening to hang myself!"
-----
The author has something to say:
Fu Letian: ???
Person in charge: ???

Hello! If you enjoy my work, please consider sending this sleep deprived mtl-er some ko-fi. =)
Leave a review on Novelupdates
<< Previous chapter | Next chapter >>