After Transmigrating, the Bosses Begged Me to Plant the Land – Chapter 66

...
At 6 o'clock in the morning, the cameraman arrived as scheduled.  Shen Tingshuang has dragged the fruit to the foot of Xin Yuan Shan.
Yingying has been very comfortable in Xin Yuan Shan recently. In order to consider his love of sweets, Shen Tingshuang planted more sweet fruits.
Every time he finished eating, he would pay with a wave of spiritual energy, and this helped grow back the fruits.
At the nest on the mountain, Yingying specially asked Shen Tingshuang to sprinkle some flower seeds. Now the neighborhood of the nest was also very beautiful.  Therefore, when Shen Tingshuang asked him to help pick the fruit, he immediately agreed.
...
The cameraman was happy when he saw Xin Yuan Shan.
In the previous recording, they could eat Xin Yuan Shan fruit every day, and many of them were not available on the market. Later, when the recording was over, they could not buy anymore, let alone eat them. Now, who didn’t know, did Xin Yuan Shan being full of fruit mean that you can buy it?
It's a pity that he was currently recording a program.
As Shen Tingshuang has already gone down the mountain, and the cameraman did not go up the mountain.
Whe Shen Tingshuang got in the car of the program group, Shen Tingshuang set out to go to the recording place.
The cameraman and Shen Tingshuang were now very familiar. Without Xia Xia's reminder, he sat in the front row and started looking for a topic: "Have you thought about where we will record this episode?"
Shen Tingshuang: "No."
"Then do you think about it? Where will we be going?"
Shen Tingshuang thought for a while: "No."
The cameraman was silent for a while, then said, "Is there anything you want to eat?"
"No." She can grow vegetables and fruits herself, and she could also make delicious food, so she really didn’t have one.
Cameraman: "…" Okay, he didn’t know what other topic to look for.
The recording of this episode was the same as the previous recording, which was via live broadcast.
After the live broadcast, the program team would edit an elite version that would be broadcasted on the internet and on TV.
So netizens could see the speechless expression of the cameraman in the car.
[Hahaha, Ah Shuang's ability perfectly describe what it means to talk about the topic to death.]
[But Ah Shuang was right. The program group kept it secret, she really didn't know.]
...
The six guests were set to meet in the airport waiting room.
Shen Tingshuang was still the first to arrive. After all, Xin Yuan Shan was the closest to the airport.  Just like last time, she bought some pastries and found an empty seat to sit down. At this time, there were no people in the VIP lounge.
After a while, Qin Yueze also came. In addition to milk, he took some toast and sat down opposite Shen Tingshuang: "Morning."
"Morning." Shen Tingshuang responsed, then buried her head to ate a bite of strawberry mousse pastry. No wonder Yingying liked sweets. This was really delicious.
Geng Chengyun then came over and sat next to Qin Yueze: "Tingshuang, I finally saw you, I miss you so much." After he finished speaking, he faintly felt that he received Qin Yueze's malicious eyes, and immediately said: "I miss senior Qin too."
Qin Yueze retracted his gaze and drank a sip of milk.
[I feel like my cub doesn't miss Ah Shuang the person, but the delicious food made by Ah Shuang.]
[Hahaha, stop in front, I think you guessed it right.]
…
Netizens really guessed right.
After the second recording, Geng Chengyun returned with a lot of fruits tremblingly. As expected, his agent started talking loudly as soon as he got home. "Do you remember that you are an entertainer?"
"You ate so much, you are about to join the crew, do you know?"
"Starting today…" Before the agent had finished speaking, Geng Chengyun fed a grape into his mouth. The sweet and sweet grape smell spread from the tip of his tongue to his whole body, making him shocked. This grape, it’s too delicious!
Seeing that the agent didn't lose his temper again, Geng Chengyun said, "Apart from grapes, this banana is also delicious." After speaking, he fed his manager a banana.
The manager nodded while eating. "This banana tastes really good."
"There is also this finger lime, a rare fruit, but it is really delicious." Geng Chengyun was pleased to feed his agent the fruit. The agent praised in his heart that this finger lime was really delicious. No wonder the netizens reacted fiercely when the show was recorded at that time.
Remembering when the show was recorded, the agent suddenly reacted: "Who let you eat so many on the recording, and you also ate snail noodles?"
Geng Chengyun put the fruit on the table: "You eat slowly, I'm going to collect the luggage first."
After running for a few steps, Geng Chengyun looked back and added: "This lotus mist is also super delicious." After talking, he ran away. 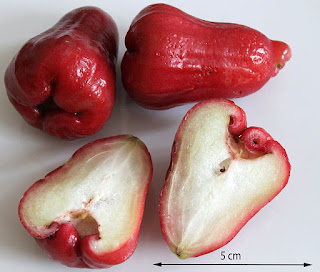 Lotus Mist / Wax Apple here
The agent looked at the fruit and sighed. Geng Chengyun was young after all, so he still had some children's dispositions, but after eating the fruit today, he found that the fruit was really delicious. If it were him, if he could eat this kind of fruit, he definitely couldn't help but want to eat more.
Finally, for the sake of these fruits, the agent did not say much about Geng Chengyun, but only increased the amount of his usual exercise.
…
Gu Yuan and Liu Jing also came. They each took breakfast and said. "Tingshuang, I miss you."
When Gu Yuan was writing a song she wanted to eat Shen Tingshuang's fruit. Later, her agent went to Super Mall to buy it, but the purchase was restricted. The agent didn't bother to buy it there, and directly went to Xin Yuan Shan. Gu Yuan leaned on these fruits and wrote seven songs in just a few days.
"I miss you too!" Bai Hao said. Since he ate fruits in Xin Yuan Shan, no other fruits could get into his mouth.

Liu Jing said, "Sister Yuan, when will your new song be available?"
"After recording the show this time, I will go back and prepare again." When it came to new songs, Gu Yuan was excited. She wrote seven songs in one breath, which hasn't been done in a long time. There was this feeling of overwhelming inspiration.
"I'm looking forward to it!" Geng Chengyun said. The song that Gu Yuan sang last time, even if it was a cappella, it was still very good to hear, so it would definitely be better after professional recording.
In addition to saying hello, Shen Tingshuang ate the rest of her pastries in silence.
Qin Yueze saw that Shen Tingshuang had eaten several strawberry mousses, so he took two more and put them on the plate of Shen Tingshuang.
Shen Tingshuang thanked him and continued to eat happily.
[Quick, quick, brother is feeding Ah Shuang!]
[Hahaha, I guess my brother wants to eat fruit too, so that's it.]
[The front row is very imaginative, and I think so.]
...
They talked for a while until it was time to board the plane. After landing, they still needed to take a three-hour car ride.
After Xia Xia's introduction, everyone knew where the recording this time would be. This time they went to the southernmost forest of China, which was different from Xin Yuan Shan.
The forests here were all flat ground. The place where the six of them would stay was in a cabin in the middle of the forest. Everyone was looking forward to this, as it seemed that it's not bad here.
Xia Xia said: "There are a lot of animals there, wait until you see them."
This was a newly developed place, so the environment was still quite primitive. Even if it was modified somewhat, the developer still tried to stay close to nature as much as possible.
"Are we staying here for the entire three nights?" Liu Jing asked.
"Yes, everyone will live in the forest for three days and two nights."
Liu Jing felt that the program group would not be so kind: "It feels too simple."
Xia Xia only gave everyone had a mysterious smile. Everyone felt even worse.
They arrived in the forest soon. When they got off the car, they could feel the fresh air. There were many flowers, trees, and there were various lakes and streams. Unlike Xin Yuan Shan, these plants were wild. They walked inside the forest and they could hear the sounds of various animals.
Of course, for Shen Tingshuang, the animals were not singing, but saying: "It’s so annoying, someone is here again."
"Don't bother, maybe there will be food later."
"Let's go, hide first or else they will attack us."
...
Shen Tingshuang brows frowned slightly, these animals didn't seem to like people coming.
Following the program group, everyone quickly arrived at the center of the lake. There was a large water-view room with a ten-meter-high terrace. Standing there, it seemed that they would have a sweeping view of the forest.
Gu Yuan and others often visited these kinds of houses. They thought the facilities here were quite good. It should be very comfortable to stay here for two days and three nights.
"Distinguished guests are satisfied?"
Bai Hao and others said in unison: "Satisfied."
Xia Xia nodded: "If you are satisfied, please spend a pleasant three days and two nights here."
After Xia Xia finished, she nodded to the rest of the crews and they began to leave.
When the crews leave, there were only six guests left in the room.
Geng Chengyun: "I feel like I'm dreaming." It was really rare for the show crew to not be a monster.
"Let’s go to the rooftop and have a look." Gu Yuan said, standing there should be good-looking.
The six people walked up to the rooftop. Here, they could indeed see most of the forest scenery, and it seemed that they could feel the illusion of the unity of nature and mankind.
Sitting on a soft sofa, watching the scenery of the day made them forget about their tiredness. Unknown birds fly by from time to time, everything was so pleasant.
Liu Jing nestled on the sofa: "It's really comfortable."
...
Qin Yueze saw that Shen Tingshuang's face next to him was getting worse and worse. Even with the camera, he couldn't help but whispered: "What's the matter?"
Shen Tingshuang suddenly got up and rushed downstairs, then ran outside.
Although Qin Yueze didn't know what happened, he also ran out.
Geng Chengyun was lamenting that the scenery here was beautiful when he saw two figures running out: "What happened?"
The remaining four people also stood in place dumbfounded.
[What?]
[Why did Ah Shuang run away?]

[What happened?]
...
Xia Xia was watching the guests with the director group. The guests at this time felt comfortable, and they would definitely enjoy looking at the beautiful scenery. But she didn’t know if they would feel the same in the future.
Xia Xia was enjoying it when she saw  Shen Tingshuang rushed out of the room: "???"
Then Qin Yueze also followed out.
After the other four guests looked at each other, they all followed out of the cottage, but they could no longer see Shen Tingshuang and Qin Yueze.
-----
The author has something to say:
Geng Chengyun: What the hell?
Xia Xia: 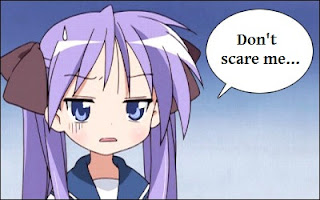