After Transmigrating, the Bosses Begged Me to Plant the Land – Chapter 20 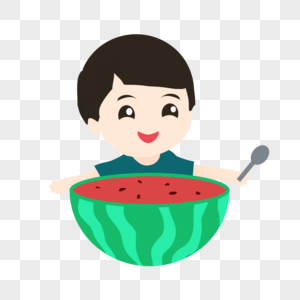 *******
The person coming out was Elder Pei.
Seeing Shen Tingshuang's moments of disappointment, Elder Pei asked with a smile, "Why, the girl found out that I am not the one you were waiting for?"
Shen Tingshuang nodded sincerely.
Elder Pei choked and laughed.
When the Pei family sat in their position, all they met were flattering, and even if someone hate it in their heart, they still have to show some respect, and that kind of hypocrisy became the norm everywhere.
Elder Pei has always seen through them but never said anything. Now he just asked casually but the girl admitted directly. He didn't plan to ask who the little girl was waiting for, but expressed his intention for coming.
"I am here to invite you to a banquet." Elder Pei took out the invitation.
Shen Tingshuang didn't have much interest in banquets. In addition, the original body did not go to a banquet often, but each time she went it was a bad memory, so Shen Tingshuang subconsciously refused.
Elder Pei the said: "We will just entertain some guests and let them all taste your fruit."

Upon hearing this, she became interested in: "Okay!"
There are many people eating, and her task can be completed fast.
Shen Tingshuang saw that Elder Pei was not in a hurry to leave: "Wait for me, the watermelon in the field is ripe, you can take a few to taste."
Humans at his age usually have bad teeth, but eating watermelon is definitely okay.
When Elder Pei heard it, the smile on his face became more obvious: "That is good."
Shen Tingshuang brought the  basket to pick some watermelons. Although Elder Pei was not a bug like Qin Yueze, he also have helped her a lot and was very friendly. So Shen Tingshuang was also very generous to him.
Shen Tingshuang just put two watermelons in and the basket could not fit anymore. Therefore, Shen Tingshuang held a watermelon in her left hand and the basket in her right hand.
There were three big watermelons together. When he got the car, the smile on Old Man Pei's face never disappeared.
The driver Old Ding ate the fruit that Elder Pei gave him last time, and he was very grateful to Elder Pei while eating them, but this time there were only three watermelons.
They were green, looked very fresh, and the smell was extra sweet.
Old Ding also knew that Elder Pei would definitely not give some to him, but it should not be hard for him to find some to buy at this time, so after sending Elder Pei back, Old Ding came to Xin Yuan Shan again.
He looked at Shen Tingshuang, a little embarrassed: "Miss Shen, can you sell me one watermelon?"
There were two children in Old Ding's family. He and his wife ate one of the fruits that he brought back that day. The rest was left to the children, but they couldn’t stop eating. In the end, what was left was an apricot and a peach, and they refused to continue eating.
The children said that these fruits should be left for their parents. Old Ding and his wife wanted to leave it to the children to eat. In the end, Old Ding's wife cut the fruit into quarters, and everyone finished eating them together.
But everyone knows that no one has eaten their fill.
Later, Old Ding also went to Super Mall to buy it, but when he went, they were all sold out.
Today, Old Ding has seen it, this watermelon was very big, one was enough for their family to eat for a few days.
"Okay." The fruits on the table were all sold out, and she didn't plan to go back to fill it. It was almost noon anyway, so Shen Tingshuang went to pick a big watermelon.
It weighs almost 40 catties.
Old Ding: "How much is it?"
Shen Tingshuang: "I haven't set the price yet. Feel free to do it."
Old Ding knows that Shen Tingshuang's watermelons are sold in supermarkets. He also knows that the most common watermelon usually cost 2 yuan per catty, but this watermelon must be better: "Can we deal on five yuan a catty?"

"Yes." Shen Tingshuang agreed.
Old Ding paid the money and left after thanking her again and again.
...
When Elder Pei got home, he asked his servant to cut the watermelon. Originally, he was going to cut it into small pieces. Elder Pei waved his hand: "Give me half and get me a spoon."
Shen Tingshuang chose the watermelon for Father Pei to be very big, half of them was almost 20 catties, the servant took a look and decided to cut it in half lining to one side and not directly in the middle.
Elder Pei was holding a spoon with watermelon on it, the red watermelon flesh did not have many seeds in it, so he fed it into his mouth in one bite.
The sweet smell burst out, and after a few chews, the watermelon immediately turned into sweet juice. This reminded Elder Pei that when he was young, the conditions at home were not so good.
Eating watermelon in summer was a big luxury. Every time his mother dug out the middle for him to eat, the sweet taste was just as how it is now in the mouth.
After Elder Pei finished eating the watermelon, he began to walk around. Watermelon has high sugar content, and he usually refused to eat them, but today he couldn't hold back and ate so much.
The servant cut the remaining watermelon into small cubes and put it in the refrigerator.
...
After Shen Tingshuang finished carrying the watermelon for Old Ding, she called a car to go to City B.
She planned to buy a small trailer. Lu Minghui and the others have entered Xin Yuan Shan. If they suddenly find that the previously bare mountain suddenly full of fruits, they will definitely be suspicious.
Therefore, Shen Tingshuang intends to deliver the fruits to the foot of the mountain by herself starting tomorrow.
When digging bamboo at Shao Feng's home, Shao Feng's mother told Shen Tingshuang a lot. Among them, this trailer was also learned from Shao Feng's mother.
There was an agricultural machinery factory 30 miles away from the village. It sells agricultural trailers. Shen Tingshuang can drive it by herself. It doesn't need to be too big. Just buy a one-ton small trailer.
The best trailer was only 100,000 yuan, and Shen Tingshuang directly chose one. Fortunately, she took a driver's license shortly after she came to Shen's house, and Shen Tingshuang drove the trailer directly back to Xin Yuan Shan.
Shen Tingshuang has made a lot of money in the past few days, but she also used them a lot. When she buys this car, she still has 55,737 yuan on her account.

Shen Tingshuang, who was not very sensitive to money previously, suddenly reacted. Sometimes money was still important, which can save time and energy.
Shen Tingshuang put emphasis on watering in the watermelon field, and then continued to plant the seeds. One-third of the area on the mountain has been planted.
...
At seven o'clock the next morning, when Lu Minghui arrived, he found that Shen Tingshuang had already driven a trailer and was waiting at the foot of the mountain.
They loaded the fruit directly into the Super Mall truck and left.
The manager went to Super Mall early in the morning and called it an inspection, but when he walked to the counter with apricots and peaches, he took one of the fruits each.
When the person in charge of the supermarket on the side saw this his eyes twitched, he knew that the manager was not here to check, but he could not say anything.
Yesterday, as instructed by President Pei, now the apricots and peaches in the supermarket are neatly arranged with banner, "Limited purchase, one piece per person."
An apricot is one yuan, and a peach is five yuan.
But who knew it will be really strict. So if the customers take too much, the salesperson would stop them. What can they do?
The manager saw several customers holding fruits with grimace on their faces.
He thought about it and took only one the same way.
The person in charge of the supermarket was relieved to see that the manager continued to move forward. He was afraid that the manager would take too much, and they would not be able to stop him. The customers that saw him may start to complain.
Out of the supermarket, the manager smelled the fragrance of the fruit. As the purchase was restricted, the two fruits are not bagged for weighing. As they were left open, the more the fragrance of the fruit can be smelled.
The manager peeled the apricots first, but after a bite, he couldn't wait to turn back and get some more.
He didn't expect this fruit to be so delicious, no wonder President Pei gave such instructions! No wonder Lu Minghui could understand, and now he also understands.
-----
The author has something to say:
Ah Qi: I also want to eat peaches...