After Transmigrating, the Bosses Begged Me to Plant the Land - Chapter 1

"Please let 2 people eat the fruits you planted within 1 hour, otherwise the mission will fail."

The summer sky is shining brightly. As a ginseng spirit, the most annoying weather is this kind of weather.  Now, she must go out at this time.

Shen Tingshuang wiped the sweat from her forehead, and held a basket in her right hand, which contained large, plump, reddish yellow apricots. Everywhere she walked, the fragrance of apricots radiated out, attracting people's drool. 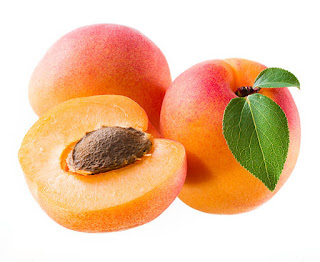 
Ordinarily, with such apricots you will not worry that no one will eat them. So Shen Tingshuang just squatted down with a smile that she thought was particularly kind: "Child, do you want to taste this apricot?"

The little girl tilted her cute head, looked at the big apricot, and stretched out her right hand with emotion.

Shen Tingshuang was ready to rejoice.

In the next second, she saw a young woman in her twenties swiftly coming over and picking up the little girl. Meanwhile, she looked at her vigilantly and apologized: "Sorry, my child has a bad stomach."

Then she turned and left.

After two steps, Shen Tingshuang heard that she was educating the little girl: "Baby, you can't eat something that a stranger gives, do you remember?"

Shen Tingshuang: "That's right, but it's her task that is still not finished!"

This is her Nth attempt in almost an hour, but no one wants to eat this apricot, and they think she is a scammer.

This ginseng spirit is very wronged.

But she can't say anything.

Human beings are too defensive as they should be and she just happens to be a stranger, but at this time she really doesn't know what to do.

At this moment, a deadly mechanical sound rang coldly in her ears: "There are still 10 minutes before the end of the mission. At present, the progress of the host mission is 0. If the mission fails, the spirit pulse will be deducted 2%."

She just recovered a total of 1%, deducting 2%, isn't it just letting her die!

As a ten thousand-year-old ginseng, she lived bitterly, and finally cultivated to become a spirit, but she was struck by lightning.

Even if she is struck by lightning, why is she transmigrated into a book world?

It must be those two little girls who talked too much about the plot next to her.

The book title is "Master Overlord's Little Wife", where there is a vicious original owner in the book, who is also the true daughter of the Shen family.

When the original owner was eighteen years old, she was picked up by the Shen family. However, this original owner did not enjoy everything she should have. No matter how hard she worked, the wealthy parents still dislike her, and the relatives still despise her, even the people around her also hate her, everyone thinks fake daughter are better.

By the setting of the fake daughter again and again, the original owner was finally kicked out of the Shen family.

The next day, the original owner sold the Xin Yuan Shan (Xin Yuan Mountain) left by her maternal grandmother and went away with the money.

She bought a lot of things she wanted to buy but was not able to buy, and traveled all over the world. She showed off her wealth, open a live broadcast, and went to the Internet celebrity road.

In less than half a year, she spent a lot of the selling mountain money.

But the original owner is already used to such lavish lifestyle, how can it be done without money.

So she set her sights on the male lead in the book.


The male lead is the overlord, so how can he be interested in the original owner? The true love in his heart is the fake daughter, but the original owner ignored that fact. While desperately pestering the male lead, she finds fault with the female lead over and over again. How can an overlord male lead endure others who bully his love?

She was struck by lightning before the little girls finished retelling the book, and then she became the female character before she left Shen family.

As for why she is here now, and why she wants to give apricots to people everywhere, credit is due to the "system".

Although Shen Tingshuang is rooted in the ground, she would never say that she likes farming.

Yesterday, she was struck by lightning and was dying. When she passed through, her original body condition was not optimistic. The whole person's condition was terrible to the limit.

At this time, something that claimed to be a system appeared, saying that if something she planted and was eaten by one person, the spiritual veins in her body would be restored by 1%.

The only trace of spiritual energy in Shen Ting Shuang body nourished a hawthorn in the corner of the family yard. Shen's family has a bad relationship with her, no matter whether it is up or down, naturally no one wants to eat. 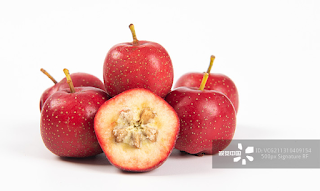 
Shen Tingshuang went out under the big sun and used this hawthorn to save an old man from heatstroke.

The hawthorn is watered with her spiritual energy. It is not surprising that it can save the elderly from heatstroke. What is strange is that the mechanical sound in her ear really rang: "Congratulations to the host, completing the first task, and get a reward: restore spiritual veins 1% "

At that moment, Shen Tingshuang felt that the spiritual energy in her body was slowly recovering, but the system did not reappear, until late at night, the mechanical sound released the task again.

Although there are gardens in the yard of Shen's family, they are planted with ornamental bonsai. According to the arrangement method of this system, she can carefully predict the future tasks. The task may require 100 people, 1,000 people, or even tens of thousands of people to eat her fruits.

A huge mountain has become a barren mountain.

Shen Tingshuang was not afraid of the dark. It took several hours to climb the south side of the mountain and found that the only fruits on the mountain were apricot and peach trees.

She has only recovered 1% of her spiritual veins, and could only water a small branch with spiritual energy.

Yesterday's hawthorn has not changed in size after being watered with spiritual energy, but the taste has changed a bit.

Today's apricots have changed in size, taste, and color after being watered with spiritual energy. After all, they are ginseng spirit’s spiritual energy, and even 1% of the spiritual veins can restore the effect very well.

When the system reminded him that there was an hour left, Shen Tingshuang found a basket, picked the apricots, and ran down the mountain.

At noon, there are not many people on the road. Shen Tingshuang raised her eyes and saw not many people, so she could only listen to the mechanical sound that kept ringing in her ears.

After a while, a middle-aged woman came to open the door. Seeing that Shen Tingshuang was a stranger, she wondered, "May I ask what's the matter?"


Shen Tingshuang grabbed a handful of apricots, and tried to show her enthusiasm: "This is my own apricot, please try it." The lady raised a smile and said enthusiastically, "Oh, did you? I haven't seen you before?"

Shen Ting pointed to the opposite mountain: "I just moved here and I live there."

As a new neighbor, it is normal to give neighbor gifts.

The lady took the gifts and her mouth warmed: "Thank you, thank you, but I just got ready for a nap, so I won't invite you in to sit down."

Shen Tingshuang just left, and a male voice came from the room: "Who is it?"

"It's okay, someone gave apricots."

The man walked out and saw the apricot in the woman's hand, ready to taste one.

But he was slapped away by the woman's hand. She frowned and said, "You really eat? The opposite is a barren mountain. She said to stay there. It must be a liar. Who knows what's in this thing."

The husband muttered: "How can it be so terrible."

The distance between the next residence and here is definitely more than 3 minutes.

Shen Ting Shuang sat on her butt. At the foot of a mountain, not to mention the housing, the road has no human figure at a glance. This mission seems to be a failure. Her mission requires two people to eat the fruit she planted. Obviously, the lady did not eat it just now.

Shen Tingshuang takes out an apricot from the basket and peels it slowly. The apricot is watered by her spiritual energy. Its appearance, taste and effect are different from ordinary apricots.

She gently bites, the sweet taste instantly fills her entire mouth, and the juice is as sweet as jade dew.

Such delicious apricots, no one wants to give it a try, she really can’t figure it out.

Not far away there was a car coming towards Shen Tingshuang, and the man driving saw a girl sitting on the mountain. She was eating apricots on her feet. This time is the season when apricots are ripe. There are many people in the village who grow apricots, but none of them raise people appetite quite like this.

He saw the apricot juice dripping down the girl’s hand to the ground, and he couldn’t help but drooling. He parked his car next to Shen Tingshuang, and when he was close, he discovered that the apricot is very big, unlike the one grown in the village, "Where did you pick the apricot?"

Shen Tingshuang look up and said:" I grew it myself"

The person in the car take a look and asked, "How much?"

The apricots in the village are average three yuan per catty (1 catty = 600 grams). The apricots are of good quality. After thinking about it, the man gave Shen Ting double the price with 5 yuan per catty, then drove and stopped at a house not far away.

"There is still 1 minute until the end of the mission. At present, the progress of the host mission is 0%. "

Heaven will kill me!

"There are still 30 seconds before the end of the task. At present, the host's task completion progress is 50%."

Listening to the system, she is lying on the ground with her hands open. She could feel the spiritual power in her body dissipate, and she is finished after only two days of restoring it. She, the ginseng spirit, has a short life this time.


The expected pain did not come, instead it was the cold mechanical sound, "Congratulations to the host for completing the task and getting a reward: 2% recovery of spiritual veins."

Shen Tingshuang was shocked and sits up, it was completed?

Well, in the previous edition, Ah Qi was not satisfied with what she wrote, so I wrote it again~~ I will slowly replace the previous chapters!

Hello! If you enjoy my work, please consider sending this mtl-er some ko-fi. =)