After Transmigrating, the Bosses Begged Me to Plant the Land - Chapter 17

It's not that Elder Pei has a broad vision. To be honest, Shen Tingshuang's fruits can indeed bring a little benefit to their supermarket, but this kind of benefit is not worth mentioning to the huge Super Mall.

Elder Pei was simply helping because of Shen Tingshuang, the fruit that the other party grew which taste delicious, and because of Bailian Supermarket's unkind practice.
Only because of these Pei family had let Shen Tingshuang's fruits be put on Super Mall.
…
There was a busy period in the morning, and Shen Tingshuang only have the opportunity to check the chat sent by Shao Feng.
On that photo, Shen Tingshuang only showed her back profile, and it was indeed really good-looking. She then used the photo as a WeChat profile picture.
What Shao Feng said probably meant that netizens were saying that she was good-looking, and they also asked her if she was interested in opening a Weibo.
The Weibo that he posted with Shen Tingshuang photo has reached 100,000 reposts, and it continues to rise every day.
However, Shen Tingshuang was completely uninterested in these. She now has one idea, to let more people eat the fruits she grew.
According to the system's approach, within a few days, thousands of people would have to eat the fruits she had grown.
Therefore, Shao Feng's proposal was immediately rejected by Shen Tingshuang.
Since Shen Tingshuang was too busy this morning, Shao Feng didn't say much.
After this busy period was over, Shen Tingshuang first went to the small shop down the mountain, bought a saw, a small chisel, tape measure, sandpaper and pencil, then returned via the back of the mountain.
There are many camphor trees and paulownia trees on the back mountain, which are also commonly used woodworking raw materials, but today Shen Tingshuang will use the red sandalwood on the top of the mountain. 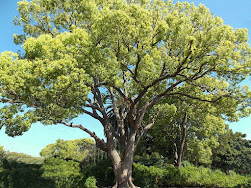 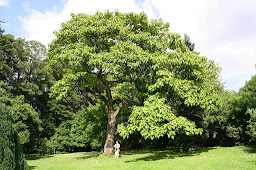 Red Sandalwood
Shen Tingshuang planned to make a new bed. When she was still a ginseng, there was a carpenter who often went to the mountains to find wood for work.
At that time, she was able to transform her form, so she hid in secret to learn, but at that time Shen Tingshuang was too naive, always felt that as long as her head was covered, the carpenter would not be able to see her.

The carpenter has always known her, but the lifespan of a human was limited, and finally the carpenter left a book for her before he died.
Shen Tingshuang will study the book when she was bored. This study has lasted for hundreds of years.
……
Shen Tingshuang first went to the back mountain and chose two red sandalwood trees. Red sandalwood was one of the most precious woods. There was also not much in Xinyuan Mountain. Even if it is only for a bed, Shen Tingshuang still wants to use the best wood, she has spiritual veins anyway.
After cutting down the trees, Shen Tingshuang moved them back to the courtyard.
In her spare time, Shen Tingshuang often walked around her mountain. There were some weeds under the mountain, and some trace of people cutting down trees, probably after the death of the original grandma, they were stolen away by others.
There are still some big trees at the top of the mountain, probably when someone else cuts down the trees, they think the location was not convenient for transportation.
After all, the only repaired road is heading to the courtyard.
Shen Tingshuang chopped down all the unwanted twigs and put them aside, and then, starting from the side of the tree, cut off four sides, so that what was left in the middle was a rectangular slab of wood.
Shen Tingshuang uses a chisel to round the four corner into semi-circular shape, and then uses a knife to dig some gaps in it. The average carpenter would not be able to use a knife, Shen Tingshuang was able to because of her spiritual veins.
Shen Tingshuang worked up a pair with gaps and a pair with protrusions, and after a while, the four pieces of woods were able to be connected into a large frame without using screws.
Shen Tingshuang cut the remaining slabs at 210 cm length, and width of 20 cm.
Shen Tingshuang pressed the wooden boards towards the rectangular frame just now, and then it was connected.
After a while, the platform of the bed was ready.
Shen Tingshuang polished four thick rectangular pillars and placed them under the bed platform to make the feet of the bed.
After finishing these, she began to work on another tree, this time the slabs was only 70 cm long and 5 cm wide, and she put them in a rectangular shape the same way.
The wooden step under the bed was made, polished it smoothly, and then placed the step stool under the platform.
One bed is ready.
Shen Tingshuang continued to polish, making sure that everything was smooth without barbs.
When the final bed foot was polished, Shen Tingshuang stopped and look at the whole bed carefully. The color of red sandalwood was nice, so the bed made was also very nice.
The bed was big, Shen Tingshuang likes a big bed, it was comfortable to sleep on, and you can roll around at will.
But something was still missing. Shen Tingshuang picked up the knife and began to carve.
Shen Tingshuang gathered spiritual energy in her right hand, so when carving, the knife on to the bed was like a pen drawing on paper, quickly and smoothly.

After a while, the patterns on the backrest and bed edge were carved.
On the backrest is a huge dragon, lifelike and particularly beautiful. At the bottom is a layer of auspicious clouds.
Look at the part of the surrounding bedside, there are blossoming lifelike flowers.
The bright red, with these patterns, did not look so dull. 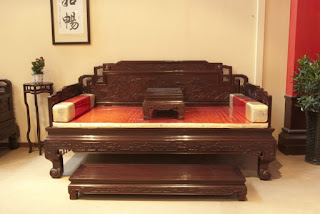 (TN: Shen Thingshuang probably created something like this but bigger)
After Shen Tingshuang just finished polishing with dual-use sandpaper, she received a call from the staff who delivered the mattress.
Shen Tingshuang took them to the courtyard. The three people who brought the mattresses saw Shen Tingshuang's bed outside the courtyard: "You bought a good bed."
Shen Tingshuang was also satisfied: "Thank you, I just made it.”
The staff almost couldn't stand on their feet. As they were in the furniture business, it was natural to see that the bed was made of solid red sandalwood.
You must know that this kind of solid wood bed without patterns was priced at least 50,000 yuan upwards, if it is branded, at least 100,000 yuan.
Not to mention the patterns carved on it, at least 200,000 yuan.
Moreover, the pattern was so life like that the dragon and the cloud are like a real dragon floating in the cloud, and there are flowers. When you look at it sharply, you will think they are real red flowers placed on the edge of the bed.
No matter how expensive a bed on the market, it can’t be carved at this level!
Unexpectedly, the little girl said she made it herself. A look at the sawdust next to it confirmed that this bed was indeed made by the little girl herself.
The staff swallowed. He really wanted to ask the little girl to help him make a bed.
Are young girls so good these days? No wonder his sister keeps saying what is the benefit of a lover. With this skill, why do you still find a boyfriend? Isn't it fragrant to be single?
"Why don't we move it in for you?"
Shen Tingshuang: "Don't worry, I will move the old bed out first." Then she walked to the room.
Soon, the three of them saw her dragging a large bed out.
Everyone hurried to help, move the bed out of the house, and then help Shen Ting Shuang move the new bed into the house, and put the mattress on it.
The three originally thought that their own brand mattress was the best, but with the bed in front of them, everyone felt that it seemed a bit unworthy.
Shen Tingshuang didn't think much about it, and paid the remaining payment balance to the staff, and took a peach each for them.
It's not that she's not generous, but she has to plan carefully for the future tasks.

Is it easy for her to be a ginseng spirit?
-----
The author has something to say:
It’s not easy for the author to work overtime recently...
<< Previous chapter | Next chapter >>