After Transmigrating, the Bosses Begged Me to Plant the Land - Chapter 14

Shen Tingshuang jumped up: "It is?"
The system was still prompting one second before that the task was only 61% completed. Does this mean that she has completed the task?
In other words, there are a hundred people eating the fruits she grew in one second?
Shen Tingshuang guessed that it was probably because the fruit for Pei's supermarket was already put on the shelves, and everyone who bought it went back home to eat. She felt that she had very good luck today.
The mechanical voice suddenly said: "The system detects that the man in the house is a BUG. His one bite of fruit is equivalent to a hundred people eating."
Shen Ting Shuang:? ? ?
What a shocking event this was!
The man inside was worth a hundred people.
Shen Tingshuang instantly felt that she had saved the right person.
Soon, Shen Tingshuang's face showed a more suspicious expression: "System, can you talk?"
The system seemed to be silent. Just when Shen Tingshuang thought she had an illusion, she heard the ruthless mechanical sound: "Yes."
Shen Tingshuang: "..."
Okay.
...
She originally planned to just make a green vegetable stir fry casually for the man's lunch, but now, in order to thank the good people who helped her complete the task, Shen Tingshuang plans to make a good lunch.
The injured, especially those who hadn’t eaten all day, the best food at this time was light porridge, so Shen Tingshuang planned to go down the mountain to buy rice.
Halfway through, she found that her express package had arrived. Just as Shen Tingshuang was in need of some rice, so she ran down the mountain.
In fact, these packages arrived on the day Shen Tingshuang bought them, but the couriers were pooling the packages to the village, and they would deliver them when the quantity was sufficient.
Shen Tingshuang bought seeds, rice and oil, mostly seeds. Shen Tingshuang bought all the seeds available, so there were a lot of express packages delivered.
The courier asked: "Can I go up this road?"
"Yes." There was an array formation on road from the mountain up to the courtyard. Because of the Bailian supermarket trucks, this road was cleared by Shen Tingshuang a long time ago.
"I'll take them up for you." The courier said.
Shen Tingshuang, "Thank you." These things are not too heavy for Shen Tingshuang, but there are so many different express delivery boxes, so it was really not convenient for one person to take them all.
Shen Tingshuang sat in the car and returned to the courtyard with the courier.

The car was parked outside the courtyard, and the courier helped Shen Tingshuang stack all the couriers at the door. Taking advantage of this time, Shen Tingshuang ran to the mountain and picked two catties of peaches.
Shen Tingshuang came back and gave the peaches to the courier: "This is for you, thank you for helping me deliver it."
The courier thought about this pure girl Shen Tingshuang. These couriers are heavy and it is not convenient to be moved so far alone. The car going up to the mountain with a small amount of effort. He didn't expect that the other party would give him fruit, so he was embarrassed to take it for a while.
Shen Tingshuang put the peaches behind the courier truck, "Fruit grown on the mountain, take home to taste."
The courier touched his head, "Thank you, then I will go down."
Sending the courier away, Shen Tingshuang moved the packages in to the yard, and then took out the rice, oil, and spices.
First, rinse the rice and put it in a pot, then add water.
Then pick the cabbage from the garden outside plus green onions, wash them and cut them into shreds and set them aside. When the pot boils, Shen Tingshuang took out some of the firewood in the stove to lower the fire.
When the rice in the pot starts to become soft, add the shredded cabbage in, stir evenly, and then serve.
Shen Tingshuang serve a bowl and handed it to Qin Yueze.
Qin Yueze thanked her for the food. It was white and green, and it looked very fresh. Within an instant, the scent of rice mixed with the scent of cabbage floated into his nose.
The bowl of porridge in front of him was very tempting, Qin Yueze guessed that it was probably because he hadn't eaten anything for a long time.
As an actor, Qin Yueze's body management was very strict, eating boiled vegetables was common, and carbohydrate like rice porridge was rarely touched.
He never thought that oil-free and salt-free vegetables are delicious, but for the sake of his career, he can eat it.
Qin Yueze picked up the spoon and scooped a spoonful of porridge. When the spoon touched the porridge, the strong fragrance of rice came out again.
Qin Yueze fed the porridge into his mouth, and the aroma of the rice instantly spread, followed by the sweetness of green vegetables. These two flavors seemed to constitute the most beautiful flavor in the world.
With a spoonful of porridge, his stomach warmed up a lot, and the fragrance in his mouth is also pleasant.
After giving Qin Yueze the porridge, Shen Tingshuang also went to serve herself a bowl and sat on the chair next to Qin Yueze. She ate a small bowl this time and looked up at Qin Yueze.
Shen Tingshuang sighed a little, a handsome man even eating is so good-looking, even so that everyone who sees it feels enjoyment.
Qin Yueze ate a few spoonfuls of porridge, and found that Shen Tingshuang was staring at him again, but it was different from the fiery stare of his fans. Shen Tingshuang's gaze at him was pure appreciation. Although she had been staring at him, Qin Yueze did not feel offended.
"The porridge is delicious, thank you"
Shen Tingshuang blinked: "You're welcome ah." Speaking of it, she should be thanking the other person instead. After all, he helped her complete the task.
A deep and magnetic voice sounded again: "By the way, my name is Qin Yueze. "
Shen Tingshuang thought the name was very nice and familiar, but she didn't think of it deeply: "My name is Shen Tingshuang. By the way, how did you crash the bamboo forest? "
Before Shen Tingshuang didn't care about Qin Yueze's car accident at all, but now she finds that Qin Yueze eats a bite of fruit alone is equivalent to a hundred people.
She has to care about it. After all, this person can help her a lot at a critical moment!
Qin Yueze eyes slightly heavy: "The car brakes were cut."
Shen Tingshuang used the memory of her original body to quickly understand what Qin Yueze said. The most critical brake on his car was cut. This obviously wanted Qin Yueze's to die: "Call the police!"

Qin Yueze looked at Shen Tingshuang, his eyes were a bit complicated. Normally when an average person found him after the crash, their first reaction should be to call the police, and then call 120 for help.
As a result, Shen Tingshuang neither called the police nor dialed 120. At first, Qin Yueze saw Shen Tingshuang lived here alone, thinking that she might have been living on this mountain illegally, so she wouldn't want to call the police when something happened, but just now, Shen Tingshuang said the word to call the police. This made Qin Yueze a little puzzled.
Actually, it's not strange. Shen Tingshuang, after all, her core was not human. When encountering something like this, she only thinks as a ginseng that can save people. How can she call the police according to human thinking. Qin Yueze couldn't figure it out, but didn't plan to think deeply, "I have already reported. "
Shen Tingshuang nodded: "Good news"
She can save people, but she doesn't have the ability to solve case.
...
After Qin Yueze woke up and calls his agent with his mobile phone, he realizes that Shen Tingshuang have not call the police.
His agent Ai Ming could not contact Qin Yueze all night, and was hesitating whether to call the police, so when he received a call from Qin Yueze, and only then he knew that Qin Yueze had been in a car accident.
Ai Ming called the police as soon as possible. They should be on the way to Xin Yuan Shan with the doctor.
As soon as Qin Yueze finished eating the porridge, Ai Ming called, and said they couldn't get up the mountain.
Shen Tingshuang ran down the mountain and brought Ai Ming and the others up.
Ai Ming was taken aback when she saw Shen Tingshuang, but they were hidden, and no one should have noticed them. Otherwise, if the paparazzi saw this, the news coming out later would definitely be: a certain movie actor has a private tryst with female friend deep in the mountains.
The group directly followed Shen Tingshuang to the courtyard.
The policeman in the car was a little curious: "This mountain is not complicated, why can't we get up?"
Shen Tingshuang shook her head. She didn't say anything as it was inconvenient to explain.
Ai Ming didn't care about this at all, he just wanted to see Qin Yueze's condition.
Although he was prepared, Ai Ming was shocked when he saw Qin Yueze again.
Qin Yueze was wearing wide white clothes. Before, Qin Yueze's clothes were all bloodied, and he was changed by Shen Tingshuang. Now he was wearing some loose gowns, but fortunately, this gown is white and a type that can be worn by both men and women.
Ai Ming asked with concern: "How is it?"
Qin Yueze shook his head, and the doctor that Ai Ming had brought quickly carried out basic examinations on Qin Yueze.
Shen Tingshuang was commissioned to take the police to see the car.
Seeing the car that had been crashed very badly, the leader of the police comrades asked, "Why didn't you call the police when the accident happened?"
Shen Tingshuang: "I didn't remember."
Policemen: "..."
How can you did not think of it. But looking at Shen Tingshuang's appearance, the police felt that she was telling the truth.
After several people saw the car, they felt that Qin Yueze was lucky to survive. Ai Ming was so scared and had to take Qin Yueze to the hospital for a full physical examination.
Shen Tingshuang was really reluctant to let Qin Yueze leave, but knew that Qin Yueze had his own life, so she went to pick a lot of fruits. Even in the courtyard, all the dried apricots she sun dried were given to Qin Yueze, and repeatedly said: "You must remember to eat fruits every day. Eat some in the morning, this is good for your body!"
Shen Tingshuang's fruit is really delicious, Qin Yueze chuckled: "Okay."
Ai Ming looked again, his family Yueze just now really laughed?
Is this still the cold and abstinent male god of the entertainment industry?
He really laughed.
However, Shen Tingshuang has saved Qin Yueze, and Ai Ming subconsciously believed that she was a fan of Qin Yueze, so after discovering that Qin Yueze was in a car accident, she did not call the police.
Reluctantly, Ai Ming left with Qin Yueze and the others.
Looking at the car that may never be seen again, Shen Tingshuang sighed.
She really hopes Qin Yueze can eat her fruit every day.
-----
The author has something to say: 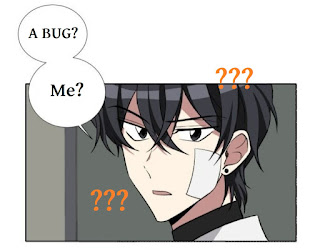