After Transmigrating, the Bosses Begged Me to Plant the Land – Chapter 10 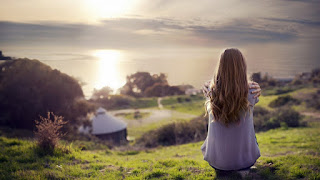 "I took a picture of you yesterday. Can I post it on Weibo?" When asking this, Shen Tingshuang saw Shao Feng cautiously standing on the opposite side, not daring to make a loud noise.

As a ginseng spirit, she really doesn’t care much about these. In addition, Shao Feng can be regarded as someone that has helped her complete the task.

Shen Tingshuang: "Okay." She knew that the mobile phone had WeChat app, but she had only clicked it once when she transmigrated, and found there were a lot of people talking messy things.

Shao Feng and Shen Tingshuang's became wechat friends and Shao Feng returned home happily. WeChat can send a file with a maximum size of 20mb. The photo was originally more than 70mb, he compressed it several times before sending the photo to Shen Tingshuang.

After sending it out, Shao Feng was a little regretful. If he had known, he would have asked Shen Tingshuang for an email. The original image was much better than the compressed photo.

When the chat was sent, there was no reply, so Shao Feng switched to Weibo and posted the photo on Weibo.

Shao Feng has over 1 million followers on Weibo, and he regularly posts nine street photos collages every day. Yesterday, Shen Tingshuang has not given permission so he did not post Weibo.

So this Weibo has only one photo, not to mention, it is one day later than usual.

Unlike the past, after this Weibo was posted, Shao Feng began to read the comments on this Weibo. He had a hunch that this photo would definitely be popular.

Sure enough, the first comment came in less than a minute.

[I thought I was paying attention to landscape photographers, and after a closer look, my brother Feng is mighty!]

Shao Feng smiled happily, and then refreshed it again. There were several more comments, and the number of reposts also increased.

[After staring at it three times, I have saved the photo to my phone!]

[Wow, this won't lose a blockbuster!]

[Produced by Brother Feng, it must be a boutique!]

[It’s so good; I will download it as wallpaper and stare at it every day!]

[This photo is the best this month!]

In just five minutes, the number of comments broke a hundred, and it continued to rise.

Among the many comments, Shao Feng did not reply. The only comment he liked was [Who is this woman? I want to see her front just by looking at her back. I guess she must look good in front also.]

After Shao Feng liked it, this comment quickly reached the front row.

Everyone is saying that since Shao Feng liked it, it means that he also recognizes that the owner of this figure is very beautiful.

At this time, everyone was even more curious, and one after another asked Shao Feng to reveal the front face.

Weibo was very lively, but the person in this photo is frowning at the moment.

It's none other than because Shen Xuan is here.

Shen Xuan came very late, and Shen Tingshuang was still under the mountain, so Shen Xuan would not be stopped by the formation.

Ginseng spirit does not have as many twists and turns as human beings, so when you see people you don't like, naturally you won't show a happy face.

When Shen Xuan saw Shen Tingshuang, she realized that she hadn't seen her for a few days, and the other's skin and condition were much better. The jealousy in her eyes flashed for only a moment and quickly replaced by sadness and concern, if it weren't for Shen Tingshuang knowing the plot in the book, she would probably think that Shen Xuan cares about her.


"Sister, how have you been during this time? The family is very worried about you."

This even sounded like a sincere statement, which was much higher level than Wang Qian's acting skills. Shen Tingshuang just listened sullenly.

"I heard that you are selling fruit?"

Shen Tingshuang nodded slightly: "If there is nothing wrong, I will leave first." Shen Xuan watched Shen Tingshuang leave without looking back, her smiling face also chilled. .

Shen Xuan returned home, and Mother Shen saw Shen Xuan with red eyes, and she immediately walked over: "Who is bullying my family Xuan Xuan, why are you crying?"

Shen Xuan wiped the corners of her eyes: "I'm looking at my sister. Selling fruit is a bit hard."

Mother Shen went to take the tissue and handed it to Shen Xuan: "Xuan Xuan, you are too kind."

Shen Xuan watched someone walk out on the second floor, and felt a little more aggrieved: "I think my sister has worked hard. I also want to buy some fruits. Besides, they say that my sister’s fruits is sold in Bailian, so they must taste good. I want to buy some for mom and dad, but..."

Shen Xuan shed a few more tears, seeming to suppress all the sadness in her heart: "It's just that my sister doesn't seem to want to talk to me anymore."

At this time, she still wanted to share the worries for Shen Tingshuang and buy her fruits to show filial piety to Father and Mother Shen. It's a pity that Shen Tingshuang didn't appreciate it. In such a comparison, Shen Tingshuang is like an ignorant person.

Mother Shen was still comforting Shen Xuan: "What do you need to buy? If she had that filial piety, she would have sent some fruit back."

Father Shen took out his phone and called the head of the Peng family.

Peng Ye was a little surprised when he received Shen Tiande's call (TN: Finally we have a name!). When he hung up, his mood was not so good.

He directly called the general manager of the supermarket.

After Shen Xuan left, Shen Tingshuang returned to her courtyard and was about to take a break when she felt that something was wrong with the array formation under the mountain.

Shen Tingshuang sighed, and didn't know who she has provoked, every day, so many troubles came one by one.

When she walked to the foot of the mountain, she saw a black car crashed her bamboo forest, her mood was even worse.

She wanted to see which of the wicked ones hit the bamboo forest she worked hard to transplant.

It turned out that there was a man lying in the driver's seat, covered in blood.

Because there was an array formation at the bottom of the mountain, it reduced the impact of the car for a bit when it crashed, but the condition was still a bit miserable.

Shen Tingshuang pulled the car door open, and then pulled the man inside out, but blood was dripping everywhere.

He lost too much blood, and the man's face was a little pale, but he could still see that the man was born beautifully.

Shen Tingshuang used spiritual energy to stop his bleeding, and used quite a lot of energy. The man's face was not so pale now, but he was still unconscious.

Sighing, Shen Tingshuang carried the man on her back, and then walked towards the courtyard.

Shen Tingshuang first put the man in the courtyard, washed the blood off his body with clean water, then stripped off his clothes and trousers, and put them on her bed.

Shen Tingshuang muttered: "This is the onlybed left. As you are a wounded person, I will give it to you first."

Shen Tingshuang took one of her hair, put it in the water, and melted it away with her energy.

Ginseng can grow forever. As a ten thousand year ginseng spirit, her single whisker can bring back the dead.


She fed the water to the man's mouth little by little, and then went down the mountain to clean up the bamboo forest that the man had damaged.

Fortunately, there are not many damaged bamboos, and some of them can be used after being straightened.

The broken bamboos were no longer usable, so Shen Tingshuang cut them off, split them in half, arrange them together, and found vines from the mountain to connect the bamboos in a row.

Put some shorter bamboos as legs below, and the long bamboo slab will sit on top.

Fruits can be sold on this table in the future.

As for the now empty soil, Shen Tingshuang plans to buy some more bamboo to plant.

The leaves of the bamboo that were cut down, Shen Tingshuang used to cover the black car.

However he didn't expect when he entered the office, he was scolded by the general manager.

"You stupid, do you know what you did? Those goods you put on the shelves actually offended the Shen family!"

Lu Minghui looked incredulous. First he didn't realize why he was criticized, but it was Xin Yuan Shan owner that shocked him even more. That girl, so innocent, how could she offend the Shen family?

When he left the general manager's office, Lu Minghui was still confused.

Why do you want to cancel the contract with such delicious fruit?

Just because you offended the Shen family?

Lu Minghui returned to his office, Li Ying and others found that something was wrong with Lu Minghui: "What is it boss?"

Lu Minghui sat in his seat and muttered: "The general manager wants us to cancel the cooperation with Xin Yuan Shan."

Shen Tingshuang placed the table at the foot of the mountain, and received a transfer of 22,015 yuan from Bailian, and Lu Minghui soon came over.

Shen Tingshuang's dull mood eased a lot, and she waved her hand. Now, thanks to Lu Minghui and the others, she can complete her daily tasks so easily.

Lu Minghui smiled reluctantly, and after brewing for a long time, he said: "We may not be able to continue working with you "

Shen Tingshuang listened with some doubts, but quickly accepted, she knew, the task is not so easy to accomplish: " No problem. "

Lu Minghui was Shen Tingshuang dropped her head, and his heart became even more uncomfortable:" Girl, how have you offended the Shen family?" He didn't even tell the people in his department, but now directly told Shen Tingshuang.

Shen Tingshuang was even more confused now: "Ah?" The original owner is from Shen family, how could it be possible to offend the Shen family?

Lu Minghui sighed: "It was the Shen family who contacted the person in charge of our supermarket and asked us to remove your fruit."

Shen Tingshuang showed a hint of anger in her eyes, although she knew that Shen Xuan was a bad person, and she didn't expect it to be so bad.

Seeing Shen Tingshuang’s appearance, Lu Minghui guessed that she probably knew why: "Don’t worry; this is our company’s breach of contract. I will find a way to ask for liquidated damages compensation for you."

Shen Tingshuang doesn’t care about these compensation at all. She is very angry now even after sending Lu Minghui away.


She wanted to ask Shen Xuan, she was just selling fruit, why is she still so vicious!