After Transmigrating, the Bosses Begged Me to Plant the Land - Chapter 16 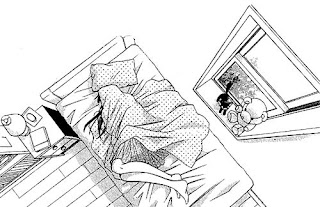 "Hey system, can you stop posting tasks in the middle of the night?" It's disturbing her sleep.

During the daytime these few days, Shen Tingshuang would water trees with energy every two hours. The fruits in front of her were enough, so she didn't need to get up in the middle of the night to water them again.
Unexpectedly, the system responded: "If the host completes ten tasks, the task release time can be adjusted."
Shen Tingshuang eyes lit up, which means that she can modify the task release time after completing this task!
She slept very well during this time, and didn't get up until 5 o'clock in the morning. She calculated that the amount of tasks that need to be completed doubled every day.
So she can't provide too much fruit to the supermarket, otherwise it will be in short supply in the end.
Today, 512 people are needed to eat the fruits she grows. She plans to provide one thousand catties of apricots and one thousand catties of peaches.
Before seven o'clock, Shen Tingshuang completed the preparation, picked apricots and peaches and placed at the bottom of the trees. Shen Tingshuang continued to return to the mountain to farm.
As a result, as soon as a handful of seeds were planted, people from Super Mall came over.
Shen Tingshuang saved the seeds and helped the Super Mall people to load the goods.
...
Super Mall put Shen Tingshuang's fruit on the shelves yesterday. This group of people who transported the goods could smell the scent floating from the back of the truck on the way back. After they were put on the shelves, they couldn't help but bought a catty.
The price is 7 yuan per catty for apricots and 12 yuan per catty for peaches. The supermarket staff can get a 30% discount. Each person bought a few catties. After returning, they found that the taste was really good.
Originally, they thought that the fruit was put on the shelf without going through a process, they didn't know what the behind relationship was. Isn't it irresponsible to the consumers to do this?

After they have tasted these fruits, they knew that with such delicious fruits, the high-level officials must have been suddenly blind to the normal process!
The fruits were sold out not long after they were put on the shelves yesterday. Today the insiders of the supermarket are waiting to buy more, and this group of purchasers is also very anxious.
After the fruit was loaded, the person who was the same leader as yesterday, transferred 15000 yuan to Shen Ting Shuang, and then left.
When they marketed the fruits yesterday, they also said that the fruit was supplied from Xin Yuan Shan and they tasted really good.
It’s just that everyone has been chasing the apricots and peaches of Bailian Supermarket recently, so the Super Mall's ones are new. At first, everyone only thought Super Mall was followning Bailian's footsteps.
Some people even ridiculed that the well-known Super Mall had fallen into following Bailian's footsteps.
Yesterday the customers of Bailian waited all day, but did not find the apricots and peaches to be on the shelves. Bailian put other shoddy apricots and peaches there instead.
The customers can wait a little bit more, but you can't fool them, so customers complained to Bailian.
However, a complaint is only a complaint. At less than nine o'clock today, these customers still lined up at the door of Bailian, only to find that Bailian had taken down the two fruit's shelves directly.
Yesterday, some customers had to go to Super Mall to try theirs, and found that it was cheaper and tasted as delicious.
Now that the shelves of Bailian Supermarket have been taken down, they have doubted whether Super Mall has robbed Bailian Supermarket's business.
Some people even left a message on the official WeChat account of Bailian Supermarket, whether it was because Super Mall robbed the business that they did not continue to sell it.
Under the instruction of the general manager of Peng's Group, the person in charge of the official microblog did not answer this question.
This makes more netizens feel that Super Mall was bullying people, and some people even start to say they want to boycott Super Mall's business.
More and more people are participating in the discussion.
#Super Mall Big vs Small# topic quickly became a hot search.
An unsuspecting netizen clicked in and found that it was because the fruits of Bailian Supermarket were robbed by Super Mall, but if they were robbed. Why was the price lower?
This was a bit unreasonable.
Pei’s public relations department also saw this hot search and directly asked the IT department to check it. Pei’s IT department ranked second in City B, where the first was Qin Group.
So, the reason was quickly found.
The inaction of the top executives of Bailian Supermarket and the marketing department maliciously incited the emotions of netizens to find out the reason, so the matter can be resolved. The public relations department arranged staff to immediately draw up a statement and post it on Weibo.
[Super Mall V: Statement on the new fruit on the Mall.
The new peaches and apricots in our supermarket signed an official agreement with Xin Yuan Shan. There was no such thing as what netizen said we robbed Bailian supermarket business. Regarding the above rumors, our group has kept screenshots. See you in the court.]
Super Mall’s response was very clear. Everyone understood at a glance. Besides, Super Mall’s business is available all over the world, not just in China like Bailian, there was really no need to grab others.
Bailian Supermarket did not dare to respond for a long time. At this time, a staff member who claimed to be working at the Peng Group jumped out.

[Lu: Hello, netizens, I’m a staff member of the Property Management Department of Peng’s Group. A week ago, our department’s team building activity was selected in Xin Yuan Shan. There is a young girl in Xin Yuanshan. She is sincere and grows especially delicious fruits and vegetables.
Because our group owns Bailian Supermarket, I wanted to cooperate with this little girl. The agreement was indeed signed, but the company breached it within two days, so this is why everyone can never eat such delicious apricots and peaches again.
After the Peng Group breached the contract, I have been reporting liquidated damages compensation to the higher management, but the leader refused to discuss this matter.
I have worked at Peng Group for 20 years. It can be said that I have dedicated my entire youth to it. I grew up with it, I love it, but at this moment, it is the moment when I separate from them.]
This Weibo was sent by Lu Minghui. He just proposed to resign a moment ago. He did not expect that after the company did not cooperate with Shen Tingshuang, they would not even pay the liquidated damages and blame Lu Minghui for being nosy.
After Lu Minghui resigned, Li Ying and others also resigned.
...
Pei's public relations department didn't know about Shen Tingshuang, but after seeing this Weibo, they immediately bought Hot Search, and soon this Weibo appeared in the public eye.
Many media have seized on the hot search and sought confirmation, and found that many people in the property management department of the Peng Group really resigned.
News was flying all over the sky, coupled with the operation of Pei’s public relations department, and soon everyone found out.
This matter has nothing to do with Super Mall. Bailian has done too much, and wants to take advantage of the popularity of Super Mall.
After a while, everyone began to boycott Bailian.
...
It was the subordinates who reported, and Pei Wenshu knew about it, so he ordered his secretary to call Peng Ye.
At first, Peng Ye thought that Pei Wenshu had come to make trouble with him. Today, when he learned about the things on Weibo, he scolded the people under him to death.
Can you touch porcelain with Pei family? Isn't being alive good enough?
Knowing that it was because of Shen Tingshuang's liquidated damages, Peng Ye breathed a sigh of relief and immediately asked his people to pay the liquidated damages to Shen Tingshuang.
Shen Tingshuang received the 100,000 yuan transfer from Bailian a little confused, and then thought that it must be the liquidated damages compensation.
When Peng Ye sat down and thought about it, he suddenly discovered that she was just a little girl from Xin Yuan Shan who had offended the Shen family, but why would the Pei family support her?
The more he thought about it, the more cold sweat Peng Ye felt.
...
Sun Ping, the person in charge of Bailian Supermarket, hasn't figured out what the executives are thinking.
Originally, their Bailian Supermarket shouldn't do business with small supplier like Shen Tingshuang at all, but they couldn't bear the deliciousness of her fruits.
Especially in the country, only Bailian sold this delicious fruit, and they can promote Bailian through this channel.
As a result, within two days, the high-level leaders ruined the deal. Meanwhile, Super Mall picked it up.
As they say, a big company indeed has a broader vision.

-----
The author has something to say:
A long time later.
The Peng family found Shen Tingshuang: Big sister, can you sell us some fruits again?
Shen Tingshuang: Oh, sorry, it's sold out.
When the reporter interviewed Peng Ye, Peng Ye said: Don’t ask, I can only feel regret...