After Transmigrating, the Bosses Begged Me to Plant the Land - Chapter 3 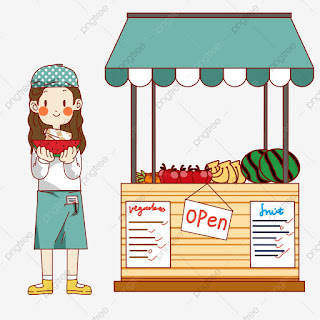 After receiving the task, Shen Tingshuang was not in a hurry. She now has enough fruit for people to eat, and it is midnight, even if she goes out with the apricots, she can’t find anyone.

Thinking of this, Shen Tingshuang yawned, changed into a comfortable sleeping position, and went back to sleep.

Only by nurturing the spirit can we be better in completing the task.

At dawn, Shen Tingshuang got up, went straight to the apricot forest, picked some apricots, and walked down the mountain.

As soon as she arrived at the foot of the mountain, she met the man who drove yesterday, "Beauty, you are finally here, can you sell me some more apricots?"

She needed someone to eat and someone already here, so she put the basket in front of the man and smiled: "Yes.”

Shen Tingshuang looks good initially, and this sweet smile made Shao Feng a little flustered. After a while, he realized that there was no bag around, so he grabbed a few apricots with his hands. "Is there a code to scan?"

"What code?" Shen Tingshuang is a ginseng spirit, she doesn't react as quickly to modern things, even if she has the original owner’s memory, she is still a little confused.

Shao Feng asked Shen Tingshuang to give him her mobile phone, and then pull up the QR code for the payment: "That's it." After he finished speaking, Shen Tingshuang received five yuan.

Yesterday, after Shao Feng and his mother had eaten the apricots, they both felt that they had not eaten enough. As a result, Shao Feng came out again but did not find Shen Tingshuang.

He came out this morning just to try his luck. He didn't expect to really see Shen Tingshuang carrying a basket of apricots.

"Are you trying to sell it?" Shao Feng asked.

"No." Shen Tingshuang's purpose is not to sell money, but to let people eat the fruits she grew.

Shao Feng thought of Shen Tingshuang's somewhat strange attitude yesterday, and asked, "You don't intend to just give it away, right?"

Shen Tingshuang looked at Shao Feng strangely. Is it surprising to just give it away?

Seeing Shen Tingshuang's somewhat dense and cute appearance, Shao Feng couldn't help but laugh. He didn't know whether she was too simple or had never done business. "If you do this, others will think you are a scammer."

Shen Tingshuang is even more puzzled, why will she be mistaken for a scammer?

Shao Feng felt that the girl in front of him was innocent and a little cute, "Wait here." Then he returned home with his apricots.

He put the apricots in the living room on the first floor and walked to his bedroom on the second floor. There was a color printer on the desk by the window.


When Shao Feng came downstairs with a piece of plastic-wrapped paper, he found that the apricots he had just brought back had been eaten by his mother. He was a little angry, but can only helplessly shout: "Mom!"

Shao Feng's mother rubbed her mouth and get up: "Who told you to buy so little, I will give you the money, you can buy more."

"You can get me a bag; there is no bag at the seller." Shao Feng said.

When Shao Feng’s mother heard this, she took some large plastic bags from the kitchen and stuffed Shao Feng: "Go, go, go."

When Shao Feng went back, he saw Shen Tingshuang pulling the weed next to her, and he put the QR code on the basket: "This is the QR code for your payment. Your apricots are more delicious than ordinary apricots, so I wrote five yuan a catty."

Shen Tingshuang had no idea about money, so she said: "Thank you."

"I'll buy some more. By the way, this bag can be filled with apricots for the customers." Of course, Shao Feng could not put all the bags her mother gave with apricots, and only took one.

After Shao Feng left, Shen Tingshuang continued to pull the weeds. As a ginseng spirit, she could not bear this kind of weedy land the most.

Whenever someone passed by, she would stop her work and ask the passer-by if they wanted to taste apricots.

The results were rejection without exception.

When Shen Tingshuang got rid of the weeds under her feet, no one had eaten the apricots.

The mechanical sound in the ear appeared again: "There are still 10 minutes before the end of the mission. The host's mission completion progress is currently 50%. If the mission fails, the spirit pulse will be deducted by 3%."

At this time yesterday, the mission progress was 0%. But there are two people now. Although only 50% of the task is completed today, there are still two people more than yesterday.

However, the punishment is different!

Yesterday, when Shen Tingshuang spiritual veins was only 1% recovered, 2% will be deducted. But today when it has recovered 2%, the punishment is 3% deduction!

In conclusion, this system just wanted her to die.

"There are still 5 minutes before the end of the mission. The host's mission is currently 50% completed... "


Not far away, a mother walked over with a little boy. Her eyes lit up and she ran over with apricots: "Want to taste Apricots? No sweet, no money." With yesterday's experience, she didn't directly say give it for free.

The mother on the side saw Shen Tingshuang's apricots in her hands, with a cold expression on her face, "My child does not like to eat fruit." After speaking, she began to take her child away.

The little boy looked at Shen Tingshuang and then glanced to the apricot in her hands. This apricot is almost as big as his fist. The attractive fragrance is refreshing, yellow and red. The color he saw greatly teased his appetite and made him want to drool.

"Mom, I want to eat." The little boy glanced at his mother, and then looked at Shen Tingshuang.

The mother was a little surprised.

Shen Tingshuang peeled the apricots happily, and handed it to the little boy, "Eat, it's very sweet."

"The little boy glanced at his mother hesitantly, and when he saw that his mother had no objection, he opened his small mouth and took a bite. The apricot meat was soft and sweet. He was a little tired during the walk just now. After he ate a bite of apricot, the little boy felt that his legs were not so tired.

The little boy’s mother did not object not because she has none but she was so surprised that she did not have time to react. She was not fooling Shen Tingshuang before, her child really did not like to eat fruits.

The child was only two years old. He was severely constipated and often go to the hospital. However, every time they went to the doctor, the doctor advised that the boy needs to eat more fruits and vegetables, but the child just doesn't want to eat it.

The family bought more fruits and vegetables in order for the children to eat more fruits and vegetables. The cost is not a problem. They bought durians for 200 yuan each, but the children did not eat them. They bought a catty of cherries worth 60 yuan, the child still did not eat them. They also bought 30 yuan dragon fruits. The result is the same, he refused toeat.

In short, as long as he can eat fruits, the family will buy them no matter the price, but the child just doesn't like it.

Today the mother didn't expect that the child would eat the apricots. It's not that there were no apricots at home, but the child always show no interested.

After eating one, the little boy couldn't help but almost licking Shen Tingshuang's hands, and the mother was so surprised that her mouth couldn't close.

"Child, I still have a lot of apricots." Shen Tingshuang retracted her hands and smiled. She didn't expect human cubs to be so cute.

As a result, the little boy was eating what was in his hand and saw the one Shen Tingshuang handed to his mother. He yelled anxiously: "want, want!"

The mother gave the apricot to the little boy.

"There are still 3 minutes before the end of the mission. The host's mission completion progress is currently 75%...


Shen Tingshuang heard the reminder from the system, and peeled another one. In the end, the little boy still ate it. Finally, the mother was a little embarrassed: "I’ll buy a pound."

"There is still 1 minute before the end of the mission. The host’s task completion progress is currently 75%..."

Shen Tingshuang is a little helpless. This time she can only fight for luck. If within one minute, the little boy’s mother can eat an apricot, her mission will be completed.

If she doesn't eat, the task will fail.

Listening carefully to the system's announcement, one minute seems to be as long as a century.

After a long time, she finally waited for the verdict.

"Congratulations to the host on completing the third task and get a reward: restore the spiritual veins by 3%."

System: She still ate it after all.

Ginseng spirit: What, otherwise you want to kill me again? …

Hello! If you enjoy my work, please consider sending this mtl-er some ko-fi. =)
Leave a review on Novelupdates