After Transmigrating, the Bosses Begged Me to Plant the Land – Chapter 31 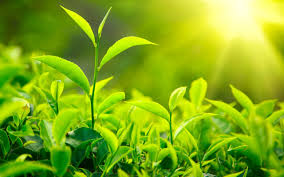 "Miss, I have watched your live broadcast, but I have never won a prize. I want to try it after seeing the comments on Weibo, so today I made an appointment with my friend to come here."
Shen Tingshuang: "Thank you."
"I am a fan of Qin Yueze, thank you for helping my brother speak before."
"I'm just telling the truth."
However, Shen Tingshuang's affection for Qin Yueze has increased by one. Seeing that the BUG would not only help her complete the task, but his fans also came to help.
"I am also a fan of my brother, brother brought your fruit to eat his birthday party, I feel especially good. But I did not manage to grab some at Super Mall, so we came over."
The fruits were originally sold in Super Mall. As Qin Yueze's ability to carry goods was first-rate, when the fans heard that Qin Yueze's fruit was the same as the one in Super Mall, they went to the supermarket to buy it.
Therefore, even if Shen Tingshuang double the amount of fruits supplied to Lu Minghui, it was still not enough for them to sell.
…
People who came talk about their reasons for coming to Xin Yuan Shan to buy fruit. She thanked everyone and then said: "How much do you need? If not enough, I will go up the mountain to pick will pick some more."
Then these people saw Shen Tingshuang walked back up the mountain.
"Hey, isn't she afraid that we will run?"
"This is a village, and the folkway must be simple, everyone is used to it."
"Yes, maybe the lady is also used to it. Look, the QR code is here."
...
When everyone was discussing, some people from the village came and saw a group of people surrounding Shen Tingshuang's booth.
After waiting for the sometime, seeing them still standing and talking, it seemed that they didn't come to choose fruit.
The villager simply weighed the fruit himself, took five August melons, scanned the QR code to pay, and then left.
After the villagers left, the group no longer hesitated and began to choose fruits to buy.
However, they found that these fruits do not have to be chosen at all, everyone of the was fine.
Others rushed to Xin Yuan Shan one after another. The people behind saw that the people in front chose the fruits themselves, then scanned the QR code to pay the bill, and followed this rule.
The apricots, peaches and watermelon were placed on the ground in front of the table. The August melons were on top of the table as this fruit was too fragile.
Shen Tingshuang used her trailer to brought a few hundred catties of fruit down.
...
"What is this?" The person who had just arrived at Xin Yuan Shan asked when he saw the fruit on the table.
Someone behind said: "August Melon, I saw it in Ah Shuang's live broadcast room before."
This person thought for a while, still took one, and then paid the bill.
Walking out of the crowd, August melon was not convenient to take away. He planned to eat the fruit here and take the other fruits home.
One bite, it was very sweet and tastes a bit like bananas, but not exactly like it. There was not a lot of flesh, but the fragrance can stay in the mouth for a long time.
It's so delicious too!
He was going back to get some more August melons, but the people in the queue said: "You still have to line up."
"Yes, you just bought one August melon. If you want more, you have to line up again."
He looked at the long line at the back, and then at the small August melons left on the table. When it's his turn, he didn't know if there will still ne any left.
Sigh, just come back tomorrow.
……
Today's express delivery was relatively large, but Shen Tingshuang also has many packages to send. After she refilled the fruits below the mountain, she went back and printed addresses, which took a long time to complete.
Finally, when the people who installed electrical appliances were still busy, Shen Tingshuang finished printing out the address. She called Old Du to pick up the goods.
Shen Tingshuang was thinking that if she continued doing this, it will take much longer to print 10,000 addresses, even though it was just copy and paste.
...
"Miss Shen, we are finished installing, do you want to try it?"
Shen Tingshuang walked out of the room: "Okay."
So they taught Shen Tingshuang how to use these appliances, making sure that Shen Tingshuang understood before leaving. As for the water and fruit beside them, they didn't eat a bit.
Shen Tingshuang simply packed up the fruit for them: "Thank you, take this to eat."