After Transmigrating, the Bosses Begged Me to Plant the Land - Chapter 9

It was not a total stranger who searches for Shen Tingshuang's information, but Wang Qian.

During this time, Wang Qian has not taken the initiative to find Shen Tingshuang again.

Because she believed that, based on past experience, Shen Tingshuang would take the initiative to find herself if she ignored her for more than three days.

Wang Qian didn't understand. The two of them were okay before, but Shen Tingshuang suddenly changed.

But what she didn't expect was that Shen Tingshuang was actually selling fruit, and it was also sold in Bailian Supermarket?

The Haijiao Forum is China’s largest forum. There are various posts in it. She just searched for Xin Yuan Shan and found that this post with Xin Yuan Shan was the first one on the search interface.

Wang Qian clicked in and found that this comment had been turned several pages, and it was not an exaggeration to say it was a hot post.

[Post: I don’t know if you have visited the Bailian Supermarket recently. There is one near my house. I accompanied my mother to buy food in the morning. I found that a bunch of people were looting something. I looked at it and it turned out to be apricots and peaches. Moreover, the price is high, ordinary apricots are three yuan a catty, here its 10 yuan a catty, peaches are 20 yuan a catty! But everyone was rushing, so I bought two apricots and two peaches just to try. When I try it at home, I found it was really delicious. When I went back to buy more, I found that these two fruits were already sold out!! ! God!! The sad thing is that I grabbed neither apricots nor peaches!]

[1L: I know what the poster said, I also bought it, it's indeed really delicious.]

The apricots and peaches in the picture are really good-looking, Wang Qian, as a frequent Photoshop user, can also tell at a glance that this picture has no filters and no color correction. To be honest, she also wants to eat it.

Especially, she actually had eaten that apricot, and knew that it tasted really good.

Wang Qian was a little happy to see this. After all, some people are questioning this post. The more you scroll down, the more wrong the trend of this post is.

[109L: I couldn't hold back and went to buy it today, it's really delicious!]

[110L: Sorry, I apologize for what I said before, I am a fool, willing to continue to be a fool.]

[111L: After I finished eating, I found out that there is no need for exaggeration at all!]

Turning to the last few pages, the comment has become...

[987L: This person asks Bailian to get more goods!]

And then at the next comment, tonight, everyone will pick the fruits out directly. This fruit is supplied from Xin Yuan Shan. You can form a group and go to Xin Yuan Shan to buy it.

Seeing this, Wang Qian was not calm.

Bailian Supermarket belongs to the Peng family. The Peng family is worse than the Shen family, but it also has a place in City B high society.


After thinking about it, Wang Qian still called Shen Xuan.

Shen Xuan was eating dinner at home, and her face was not very good when she heard the news.

After hanging up the phone, Father Shen asked with concern: "What's the matter?" He has two daughters, but Shen Xuan is the one who cause him the least worry.

Shen Xuan's expression was hesitant to say something, and Mother Shen on the side asked: "What is it Xuan Xuan? What can ‘t you say directly?"

Shen Xuan said : "The caller was my sister's friend, she told me My sister is selling fruit." After speaking, there was a worried expression on her face.

Mother Shen on the side disagrees: "Does our Shen family lacking in providing her with foods and clothers, why sell fruit?"

Shen Xuan hesitated and looked at Father Shen, and said: "I heard that my sister sells fruit in Bailian Supermarket. Why don’t I go see my sister tomorrow?"

Shen Xuan knew that if she told first that Shen Tingshuang’s fruits were sold at Bailian, Father Shen probably wouldn’t think there was anything wrong. But if she first said that Shen Tingshuang was selling fruits, and then said the location, Father Shen must not have thoughts about selling it at Bailian Supermarket, because the preconceived thing is that the girl from the Shen family was reduced to selling fruit.

(TN: Chinese novels often use ‘face’ as a term to represent their dignity, honor, respectability etc. If you are a frequent Chinese novel reader you must have seen it everywhere)

Sure enough, Father Shen only said grimly: "Even if it is sold in Pei's supermarket, it is no different."

She remembered that the car that came to the village she saw was from Y Express. Searching for previous owner memories, Shen Tingshuang filtered out shops where Y express shipment is available on the page.

Shen Tingshuang, although she has become a human now, she still needs some time to get used to modern technology.

After signing a contract with Bailian Supermarket, Shen Tingshuang felt that sooner or later these apricots and peaches would all be harvested. Fortunately, this mountain was big enough, but the village shop only had cucumber, pepper and cabbage seeds.

So she bought all kinds of seeds, some rice, oil and other foods, which cost a total of 873 yuan.

During this period of time, she also made some money, and now she have 31,271 yuan left on her account.

Knowing that she would wake up in the middle of the night, Shen Tingshuang went to rest early.

At 12 o'clock midnight, the unique mechanical sound of the system came again: "Please allow 128 people to eat the fruits you planted within 12 hours."

Well, this release mission in the middle of the night really doesn't make people sleep well.

But for the sake of her spiritual veins, Shen Tingshuang sat up and ran to the peach tree on the mountain to pour her energy.

Like yesterday, Shen Tingshuang slept and started to get up to pick fruits at 4 am. The more spiritual veins she recovered, the more dexterous Shen Tingshuang was, and the faster the speed of fruit harvesting.

By seven o'clock, when the staff from Bailian Supermarket came, Shen Tingshuang had already picked 1,003 catties of apricots and 1,700 catties of peaches.

The staff of the supermarket finished weighing, gave Shen Tingshuang the weighing record and left.

Although the shipments they are currently transporting are not many, everyone is looking forward to it.

Shen Tingshuang picked apricots and peaches and went down the mountain. Originally, only relying on Bailian Supermarket to help sell them, Shen Tingshuang could complete the task.

It's just that there are many repeat customers in this village, so Shen Tingshuang will pick up some more and go down to the mountain.


Shao Feng didn't leave in a hurry after buying the fruit, but waited for the people who came to buy to leave first.

It's just that there are a lot of people today.

People in the village have a habit of chatting under the big tree in front of the village committee office after eating, as long as it doesn't rain. Most of them talk nonsense gossip that is not nutritious.

For example, this husband and wife had a quarrel, and that mother-in-law and daughter-in-law were not getting along well.

Wait, they all talk about some trivial things.

But last night everyone seemed to have discovered a new topic.

"Do you know that Xin Yuan Shan sells apricots?"

"I know, everyone says it's delicious. I went to buy a catty today and it was really delicious." Thinking of the taste of that apricot, the person who spoke can't help drooling.

"I heard that she sold all the fruits to the big supermarkets in the city."

"That's normal. The child at Liu San's family doesn't like to eat fruits, but he likes to eat those apricots and peaches very much. Hongmei family just praises the fruits." The family didn't know how happy they were to solve their little treasure's problems.

"You don't say, my mother-in-law is so picky, she actually thinks the apricots there are delicious." It was the second girl in the village who found a husband with a simple personality, but her husband's mother was picky, picking everything even bone in an egg. (TN: likes to find faults in everything, even imaginary one)

No matter how well something is done, the second girl’s mother-in-law will pick one, two and three fault.

The second girl was greedy. Yesterday, she heard the people next door said that Xin Yuan Shan's apricots are delicious, so she bought a little bit. After coming back, she found that the apricots are really delicious.

When she was eating happily, she was discovered by her mother-in-law.

Many people in this village grew apricots, and the second girl 's family was no exception, so at that moment, her mother-in-law was a little unhappy and feels that the second girl was spending money indiscriminately.

The second girl was indifferent at the time, and directly fed her mother-in-law an apricot.

This was the first time the second girl saw the shock in the eyes of her mother-in-law since marrying her husband.

After that, the second girl's mother-in-law squatted down beside her, and the two of them ate a catty of apricots in one go.

After eating, the second girl's mother-in-law still complained, "Why only bought so little." You know, usually the second girl goes shopping for groceries, if you bought too much, you will be scolded.

The second girl at that time was so surprised.

As soon as the words were spoken, someone followed, "Yes, why her apricots are so delicious and can be sold in big supermarkets?"

"Maybe it’s because Xin Yuan Shan has not been farmed for so long."

The other said, "No one ever farm, I can only say that the land is pure, but I can never say that the taste difference will so big."

"Then why do you say that?"

"I don't know. I always feel that this apricot is not that simple, maybe something is put in it, like hormones."

"I have also heard. Now many people give fruits ripening drugs. To make the fruits look good, they add pigments and add saccharin."

Some people retorted, "But the apricots are really delicious, I even skinned them. I ate them all, and I didn’t taste anything strange."

"Yes, let alone the skin, I ate all the kernels inside. They are fragrant and crispy."

"I think it’s better to be careful about this." 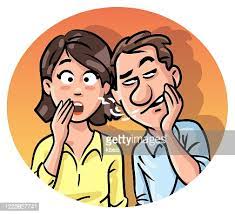