After Transmigrating, the Bosses Begged Me to Plant the Land – Chapter 12

After all, although they were both in City B, Pei's family was bigger than Shen's family. She herself has never seen Elder Pei, let alone Shen Tingshuang.

Maybe Shen Tingshuang only thinks she saved an ordinary grandfather.

At this time, Pei Wenshu's impression of Shen Tiande and Shen Xuan suddenly fell to a freezing point. Since she was not the one that has saved his father, why should she admit it before?

Shen Tingshuang looked at Elder Pei: "Is there something to do with me?" Ordinarily, even if you don't know the identity of Elder Pei, you should have a more respectful tone when speaking to an older person.

But Shen Tingshuang is a ginseng spirit that has lived for ten thousand years. In her opinion, the age of Elder Pei is just of a human child. There is no respect for the elderly in her tone, and it only sounds very polite.

Shen Tiande winked wildly beside her, but she didn't even look at Shen Tiande, so naturally she couldn't accept the signal from Shen Tiande.

But Elder Pei didn’t think she was offensive: "Last time you saved me, I’m here to thank you."

Shen Tingshuang didn’t care at all: "It’s not a problem." After all, she saved Elder Pei, but she also helped herself to complete a task.

Shen Tiande said at the right time: "Why don't you come in, sit down and talk?"

Father Pei was about to come in.

Shen Tingshuang said: "I have something to do, I’ll go first."

Elder Pei has lived so long, and he understands the rich. At this moment, he saw that she was avoiding the Shen family. This girl must not very favored: "Girl, where are you going, I will see you off."

Shen Tingshung thought about it, it will not be a big deal to just give Elder Pei some fruit later. Anyway, eating her fruit will be good for Elder Pei: "Then I will trouble you."

After the old man left, Pei Wenshu said: "Then I won't bother your rest." As he left Shen's house, his face was not as pleasant as it was when he first came.

Shen Tiande sent them away and went into the living room to look at Shen Xuan: "You did not save Elder Pei, why did you admit!" This is the first time Shen Tiande has been angered by his daughter Shen Xuan. Today, he has lost a lot of face.

Although Elder Pei was also rescued by his daughter, it was not Shen Xuan. But, they made the Pei family think it was Shen Xuan, which was embarrassing.

"I'm sorry, Dad." Shen Xuan quickly apologized, "I recently saved someone, but I didn't expect that person was not Elder Pei."

Mother Shen continued: "Furthermore, Xuan Xuan did not explicitly admit that she saved Elder Pei yesterday. She only said that she has saved people before."


But everyone subconsciously thought that since she has saved people, it must be Elder Pei. After all, how could it be possible for Shen Tingshuang to save people.

As a result, it was really saved by Shen Tingshuang.

On the way back to Xin Yuan Shan, Elder Pei said: "Girl, don't you live in Shen's house?"

In just a few words, Elder Pei was even more sure Shen Tingshuang was not happy with Shen's family: "Girl, tell me if you have any difficulties."

Shen Tingshuang was reluctant to trouble others, and she did not think that Elder Pei could help her to solve the problem: "No difficulty."

The driver in the front row was a little surprised. Elder Pei has been in business for so long, and his speech has always been strong. Today he even spoke to a little girl so kindly and still took the initiative to resolve her problem.

But the more shocking is, the little girl refused. 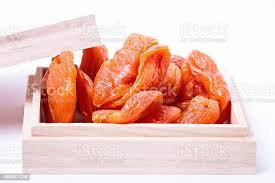 "This fruit is not bad. Eating a little every day is good for the body." Shen Tingshuang is telling the truth. These fruits have been watered with her spirit.


If it wasn't for the task, she didn't want to give these fruits to others at will.

"Okay, thank you girl." Old man Pei did not let the driver pick them up, but took the fruit himself, returned to the car and left.

Shen Tingshuang fruit bag was not fastened, and after a while, the aroma of apricots and peaches floated out, and the sweet and sweet smell echoed throughout the car.

Finally, he took out the box containing the dried apricots, took a piece out of it, and fed it into his mouth.

Elder Pei finished eating one, but he still greedy, so he simply took another one.

The driver was shocked. He has driven Elder Pei for decades. Naturally, he knew that Elder Pei hated people eating in the car. He couldn't even drink water and smoke.

As a result, today Elder Pei was eating dried apricots in the car. And just now he saw that Elder Pei even ate the second piece!

He was so scared that he almost couldn't stabilize the steering wheel.

What made him even more shocked was that after eating this piece of dried apricot, Father Pei picked up a fresh apricot and began to peel it.

The smell of apricots in the car suddenly became stronger, and the driver couldn't help swallowing.

In the silent night, this swallowing sound can be said to be very obvious. Elder Pei also heard it. He realized that he was eating in the car, but it really smelled too good. Thinking of the beginning, Shen Tingshuang saved him with a hawthorn.

That Shen family has raised a nice girl.

Elder Pei was in a much better mood: "Old Ding, you can also bring some apricots when you go back."

The driver who was called Old Ding thanked Elder Pei again and again.

Elder Pei finished peeling the apricot skin and fed it into his mouth, regretting immediately.

He regretted why he told Old Ding to bring some apricots back.

When eating dried apricots, Father Pei knew that fresh apricots must be more delicious, but he did not expect that he still underestimated the deliciousness of fresh apricots. Now he thought of giving the driver apricots and peaches later, his heart ached.

They arrived at Pei's house soon after, and Elder Pei filled Old Ding with some apricots and peaches and told him to get out, or he wouldn't want to give them away later.


Old Ding took the fruits and left. He didn't understand why Elder Pei was a little distressed when he sent these fruits. He felt that he must seen wrong!

Elder Pei came to the house with the rest of the fruit.

After Elder Pei entered the house, the coldness on his face became more obvious. Although Pei Wenshu was over fifty, the cold sweat on his face was still spreading out when he saw Elder Pei looking like this.

No way, it was the pressure developed since childhood.

"Let's talk about it." Elder Pei put the fruit on the coffee table.

Obviously the words are light and sooth, Pei Wenshu's heart is even more nervous: "Father, I just found out..."

Returning from the Shen family, Pei Wenshu knew that he had made a mistake. So, he personally investigated Shen Tingshuang's matter. Soon, Shen Tingshuang circumstances were all found out.

Elder Pei then knew that Shen Tingshuang was picked back up by the Shen family when she was 18 years old, but after returning, Shen Tiande and Zeng Shanmei were displeased with her (TN: Woohoo, now we also have the name for the mother).

But Shen Tiande is Shen Tingshuang's biological father after all. He found his daughter without telling the outside world. This made many people think that Shen Xuan was the only daughter in the Shen family.

The bastard Shen Tiande also froze Shen Tingshuang's bank card, which made the girl have to sell fruit.

Today, Elder Pei also saw that the courtyard is still outdated, and has not been refurbished at all.

Shen Tingshuang's fruits are delicious, and the Peng family's Bailian supermarket is willing to put it on their shelves to make some extra money, but Shen family dares to actually suppress this.

They are really not a good thing!

Elder Pei peeled off an apricot skin angrily and bit down. The sweet juice seemed to heal his mood.

After Pei Wenshu finished talking about Shen Tingshuang, he sat straight on the side.

Elder Pei pointed to the fruit in front of him: "Eat."

Pei Wenshu had already smelled the scent coming from the fruit. When he saw his father let him eat it, he took one and fed it into his mouth. His eyes lit up: "Dad, where did you buy this fruit?"

Pei Wenshu could confidently say after eating good food all over the world, the apricots in front of him are really the best he has ever tasted.

After he finished eating the apricots, he didn't need to say anything, so he took the peach next to it and took a bite.

Elder Pei tied the bag and stood up: "This is what I got from the girl, so I don't need to say more about what you need to do next."

After speaking, Elder Pei brought the remaining fruits directly to his room.

Pei Wenshu was stunned while holding the peach in his hand, his father seemed to be a little too protective?

After Pei Wenshu finished eating the peach, he wiped his hands with the towel next to him. He hasn't eaten a good peach like this for a long time. If he knew he would have cut it and eat in small pieces.

It's unbelievable that he has eaten a peach of this quality as a whole in his hand very casually, but after eating the peach, Pei Wenshu's frustration has disappeared a lot. He took out his mobile phone and called his secretary.

Pei’s servant 1: Wow, today I saw the master eating peaches with his hand.

Pei’s servant 2: Then do you think he should use his feet?

Pei’s servant 2: There is no soul eating peaches like that…