After Transmigrating, the Bosses Begged Me to Plant the Land – Chapter 21 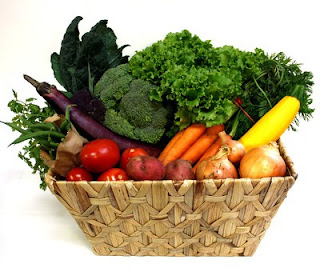 Thank you Le for your ko-fi!
1 extra chapter will be uploaded tonight at 7:00 pm (GMT+8)
- MD
*****
Today is the 76th birthday of the old man of Pei's family. He specially sent a driver to Xin Yuan Shan to pick up Shen Ting Shuang.
Now the Pei family knew that the old man Pei wants to protect Shen Tingshuang, and the Pei family was also willing to take care of her. Who made that little girl’s fruit to be so delicious.
Shen Tingshuang took several large watermelons and put them in the trunk of the car.
Elder Pei said he will invite others to taste her fruit. The watermelons were big and can be divided into several portions, so more people can taste them.
As for the gift, Shen Tingshuang had already prepared it long ago. After Lu Minghui and the others left, Shen Tingshuang wove a large basket with bamboo sticks.
She put a big golden pumpkin in the middle, surrounded by a circle of cabbage, and put peppers on the top layer. There are three colors of red, green and yellow. The peppers are separated by cucumbers in the middle. The peaches and apricots were placed on the outer layer.
After setting it up, she let them alone overnight but they still looked very fresh.

It was Old Ding, Elder Pei's main driver who saw the gift Shen Tingshuang had prepared, and his eyes widen.
Not because of surprise, but because he also wanted this vegetable basket.
Yesterday, the watermelon was brought back. When his family heard it was from the same place as the apricot last time, they all rushed to eat it.
Old Ding thought they could eat the watermelon over several days. But because it was so delicious, the family of four ate half of it in one day. Everyone wanted to eat it again, but it was put away by Old Ding’s wife.
The apricots that the little girl grows were delicious, the peaches were delicious, and the watermelon was also delicious, so Old Ding knew that this basket of vegetables was definitely the best, and it must be delicious.
Even having been a driver for Elder Pei for so long, Old Ding has never envied Elder Pei. Today he envied him for the first time and felt that Elder Pei was so blessed.
Old Ding helped Shen Tingshuang move the watermelons to the trunk of the car.
Shen Tingshuang got in the car.
Old Ding looked at Shen Tingshuang who was wearing a white T-shirt and cotton linen pants: "Miss Shen doesn't change her clothes?"
There were not many people invited to the banquet of Elder Pei, but they were all distinguished guests. They were also famous people in City B. Therefore, those who came to the banquet of Elder Pei today will definitely be dressed up.
Shen Tingshuang: "No."
She didn't have a dress. Besides, she's not used to wearing any dress. Since it's for celebrating someone's birthday, the protagonist can just be the one beautifully dressed.
Old Ding drove the car directly into the Pei's family yard and went to the door of the villa. There were several cars parked next to him. They should be the other invited guests. Shen Tingshuang got out of the car to move the watermelon.
Old Ding Lian refused, and called other servants to help. Shen Tingshuang was a distinguished guest, how can he let her work hard.

To be honest, before Shen Tingshuang came in, everyone who came saw Shen Tingshuang, but they didn't think Shen Tingshuang was an upper class person.
For example, her clothes, the most common cotton T-shirts and linen trousers, look closely, there were still some small tears on them?
This showed how many times she had worn it and how many times she had washed it.
Then, they saw the gift sent by Shen Tingshuang, which were just some vegetables. They would not be able to give such a gift even if they died.
These two items set everyone judgements on Shen Tingshuang.
But, when they saw Shen Tingshuang's face, their first reaction was that this woman was really good-looking and she had no blemishes on her skin.
The female guests even wanted to ask her what concealer she used, but after another look, she didn't seem to have makeup on.
Looking at how Elder Pei was protecting this girl, everyone was even thinking, was this girl the illegitimate daughter of the Pei family?
After all, Pei Wenshu was also handsome when he was young.
The person who came was Lu Anan, the daughter of the Lu family. She looked at Li Xiaoru not far away: "Xiaoru, do you think Miss Shen's plain face is true plain face?"
Lu An'an emphasized the word "true".
Li Xiaoru always said that she was a bare-faced makeup enthusiast. Boys can't see it, but girls can see it. Her eyeliner was tattooed and the eyebrows were embroidered. Of course, she can't totally not use any makeup in front of everyone, but those stupid men think that Li Xiaoru was bare faced. Although Lu An'an can't bear a b*tch like Li Xiaoru, she can't help but ask.
Li Xiaoru remembered Shen Tingshuang from the incident at the door, she previously thought she was a servant of Pei's family, but she did not expect it to be a distinguished guest of Elder Pei.
And she didn't pay attention just now, only then did she discover that this woman was too good-looking!
The skin on her face was very white, and Li Xiaoru can naturally see that there was no trace of powder on it, let alone concealer or something.
Looking at Shen Tingshuang eyes again, the natural black pupils are free of impurities, the long eyelashes are not an extension, and the ruddy lips look better than when using lipstick.
Li Xiaoru: "Ms. Shen, what kind of skin care products do you usually use?" The implication was that Shen Tingshuang took skin care seriously, so the skin was so good.
Shen Tingshuang: "No. I was very busy every day, so I don't have time to use skin care products."
Li Xiaoru felt that Shen Tingshuang didn't tell the truth, but Lu An'an already quenched her intention, so she no longer cares.
The servants cut the watermelon and bring it up to the hall. The crystal disks on the table were filled with watermelon.
When the apricots were first brought, the servants didn't know it clearly. When filling the fruit plate, they would mix some other fruits. After being reprimanded by Pei Wenshu, the servants knew that the two kinds of fruits could only be displayed separately.
So this time, after the watermelons were cut, they were all individually displayed in crystal plates.
Lu Zhengye on the side was a little curious, but in the end he didn't say anything. This watermelon was a very common fruit, how could Pei's family entertain guests only with this kind of thing.
Elder Pei picked up the fruit fork and said, "Everyone, try it. This is the watermelon grown by this girl." After speaking, he bluntly forked a piece of watermelon and started eating.
If he were replaced by Pei Wenshu's doing this, Lu Zhengye would definitely say his hospitality etiquette was poor, but this was Elder Pei himself, so Lu Zhengye dare not say that.
Other people started to taste the watermelon in order respect the face of Elder Pei.
Especially Lu An'an, she was not familiar with Shen Tingshuang, but she felt happy about Shen Tingshuang's appearance today her success comparing Li Xiaoru to her. Therefore, in addition to giving face to Elder Pei, Lu An'an also expressed support for Shen Tingshuang, she picked up the fruit fork immediately.
Lu An'an originally wanted to only taste it, but the sweet taste of the watermelon spread all over her body from the tip of her tongue. The sweet and cool juice was really delicious!

Li Xiaoru was still asking Shen Tingshuang about skin care.
Lu An'an originally wanted to say something, but as soon as the watermelon was eaten, she didn't bother to talk to Li Xiaoru, hurry up and eat the watermelon, otherwise everyone would taste the watermelon later, and she would not be able to eat more.
Originally, Lu Zhengye also only wanted to eat one piece to show his respect, but after eating one piece, he couldn't stop.
Only Li Xiaoru, after everyone had eaten, felt embarrassed not to eat, so she chose the smallest one and put it in her mouth. She was going to spit in a tissue when people were not paying attention. As a result, she unconsciously chewed a few more times as soon as it entered her mouth. When she finally came back, the piece of watermelon had been swallowed.
Li Xiaoru was a little embarrassed, afraid that others would say that she was embarrassing, but she looked up and found that the hall was very quiet at the moment, so no one even pay attention to her.
This watermelon has high calories and high sugar content. The most important thing  was it was brought by Shen Tingshuang, so Li Xiaoru initially didn't want to eat it.
She didn't have a particular reason but she just didn't like Shen Tingshuang. But taking this second bite of watermelon, she felt a little shameless.
While Li Xiaoru struggled against eating again and again internally, the whole crystal platter of watermelon was gone.
Lu An'an didn't grab the last piece of watermelon. She regretted her speed, but it wasn't a big deal. As long as it was not out of stock, she didn't believe she could not eat it again. Lu An'an put the fruit fork in the crystal plate and sat next to Shen Tingshuang: "Do you sell the watermelon you grow?"
Shen Ting nodded.
"That's great, can you sell me some later?" Lu An'an said.
Shen Tingshuang shook his head: "This watermelon is already sold in Super Mall."
This sentence made the Elder Pei very comfortable, and Pei Wenshu, who had just entered the door and heard this also hurriedly said: "I'm telling you, you can't grab this business with me. "
Lu Zhengye: "..." They really don't need the business, but the fruit was really delicious!
Lu An'an then asked: "Can't I buy it from you personally?"
Shen Tingshuang thought for a while: "You have to go to Xin Yuan Shan, it depends on your luck if you can grab it."
When Lu An'an heard there are other ways to find Shen Tingshuang. She no longer ask.
-----
The author has something to say:
Ah Qi: I also want to eat watermelon.
Shen Tingshuang: I can't hear, I can't hear lalalala~