After Transmigrating, the Bosses Begged Me to Plant the Land - Chapter 13 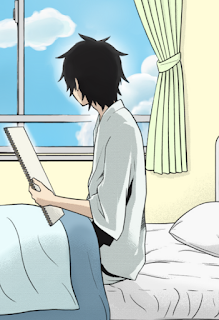 After Shen Tingshuang sent Elder Pei away, she returned to her courtyard.

The man on the bed was still unconscious, and Shen Tingshuang used her hair melted into a glass of water to feed him.

Then Shen Tingshuang spread a quilt on the ground next to the bed, and then put the quilt that she brought back from Shen family and lay on it.

At 12 o’clock midnight, the task was released again: "Please let 256 people eat the fruit the host grew within 12 hours."

Shen Tingshuang sighed and got up to water the peach trees. Now, with 8% of her spiritual veins restored, she can water two trees at the same time.

However, even if she watered both fruit trees, it would be meaningless. Bailian Supermarket no longer sells her fruits, and there are no 256 repeat customers in the village.

The man on the bed seemed to move.

Shen Tingshuang took a look and found that the other party still didn't have a clear consciousness.

At seven o'clock in the morning, Shen Tingshuang picked two baskets of fruit and went down the mountain.

After seeing Shen Tingshuang, Shao Feng asked happily: "I sent your photo yesterday. Did you see it?"

Shen Tingshuang really forgot to see it. There were too many things yesterday and she didn't have time to go to WeChat.

Shao Feng didn't seem to mind that Shen Tingshuang didn't read WeChat: "The Weibo where I sent your photo has exceeded 30,000 reposts!"

Based on past memories, Shen Tingshuang learned that there were so many reposts, probably. This Weibo became popular , and she said: "Congratulations."

Shao Feng felt that Shen Tingshuang was really different from ordinary girls. If anyone else knew that their photos have been reposted so many times, they will still complimenting themselves for their attractiveness and will definitely be happy.

But Shen Tingshuang didn't seem to care at all.

More and more people came to buy fruit. Shao Feng said goodbye to Shen Tingshuang after a while, and went to the city to take pictures.

Shen Tingshuang was really unhappy, today's task is too difficult, and she has only completed 7.8% of the task now.

After receiving this wave of repeat customers in the village, another car came to the foot of Xin Yuan Shan.

She wondered if it was Shen Xuan, because it can be seen at a glance that this car is a global limited edition, with a total of only 280 units.

A middle-aged man walked out from it. Shen Tingshuang remembered him, when she came out of her bedroom yesterday; this man was sitting in the living room of Shen's house.

Shen Tiande's attitude towards him was also very respectful.

Yes, it was Pei Wenshu who came. After receiving the mission issued by his father yesterday, Pei Wenshu arranged for his secretary to do the next work.

Only when he returned to his bedroom, he found that he still had a good aftertaste of the apricot and peach, so he simply came over to talk about cooperation this morning.

Pei Wenshu, who has always been indifferent, couldn’t help but smile back. This girl’s smile was too pure. It’s hard to see such a pure person again after having been in the business world for so long. Shen Tingshuang’s smile makes people can’t help but follow with a return smile.

"Hello, I am Pei Wenshu." Pei Wenshu introduced himself first.

"Hello." Shen Tingshuang didn't know why Pei Wenshu came here, but if he could eat her fruits, the progress of the task could advance by 0.39%.

But Pei Wenshu quickly answered Shen Tingshuang’s question: "This is the case. Yesterday Miss Shen gave my father some fruits. After we tasted it, it tasted really good. I would like to ask if Miss Shen is willing to put these fruits on the shelves in our supermarket."


The Pei's supermarket is called Super Mall, which was one of the best and largest supermarket chains in China.

Consumers can trust all the products on the shelves of Super Mall, because Super Mall has a very strict screening system.

Even if a product is already on the shelves of Super Mall, they should not be taken lightly. Once a problem is found, it will be removed immediately and will never be sold on Super Mall again.

Shen Tingshuang didn't know that Pei's supermarket was much larger than Bailian, and there would be more customers. She just heard the word "supermarket" and she agreed.

Shen Tingshuang previously signed an agreement with Bailian, which should be similar with this agreement from Pei Wenshu, so she directly signed her name.

Pei Wenshu was a little dumbfounded. Although their Pei family was very good, it was the first time that a cooperation agreement was directly signed without reading.

Pei Wenshu also signed the agreement, and then gave a copy of them to Shen Tingshuang: "Can we take a part of the fruit and leave now?"

"Of course, but you have to wait for me." Bailian Supermarket terminated the cooperative relationship so Shen Tingshuang didn't get up early this morning to pick fruit.

For the supply Pei family wants, she has to pick them now, but with the blessing of the spiritual veins,  it only took ten minutes to pick two big bags full of fruits.

It's a really big bags of fruits!

Pei Wenshu’s secretary was standing outside the car and seeing Shen Tingshuang he hurried to help. It seemed that Shen Tingshuang lifted them easily, but when he tried, he almost fell over.

This big bag of fruit should at least weigh one hundred catties, how could this little girl lifted it so easily.

Shen Tingshuang took one bag of fruit and made her pace faster. When the secretary just walked ten steps, Shen Tingshuang had already arrived in the car.

She put the fruits in the trunk of the car, and then returned to pick up the bag of apricots from the secretary and also put it on the car.

The secretary blushed. As a man, he worked out every day, but he didn't expect his strength to not be as good as this little girl.

The secretary hurriedly changed the subject: "There will be staff from our supermarket to pick up the fruit later, if you are too busy, you can let them pick it for you."

Pei Wenshu gave a few more words, and then left. When he sat in the car, he didn't forget to tell his secretary: "You seem to be unfit."

He wanted to say that the bag of fruit was really heavy. President Pei, would it hurt if you not comment on that?

Soon after Pei Wenshu left, the people from Super Mall came over. They had their own transport boxes. Shen Tingshuang took them to the fruit forest, and both parties picked fruits together.

Soon, people from Super Mall were surprised to find that Shen Tingshuang's fruit picking speed is very fast, and the speed of climbing trees is also very fast.

At first, everyone was worried that Shen Tingshuang would fall from the tree. Seeing that she could still stand from each branch steadily, the key was that the picked fruit was intact.


The combined speed of everyone who came from Super Mall was not as efficient as her alone.

The group of people left hurriedly.

The mechanical sound next to Shen Tingshuang’s ear sounded again: "There are still 60 minutes before the end of the task. The host task is currently completed at 11.72%. If the task fails, 10% will be deducted from the spiritual veins."

Shen Tingshuang looked at the disappearing shadow of the truck, not know how long it will take to for the fruits to leave from here and get on the shelves in the supermarket.

The man on the bed seemed to have signs of waking up, Shen Tingshuang walked over, and again fed him some water mixed with her energy melted hair. (TN: this sounds so unappealingL)

The man slowly opened his eyes.

These eyes were really beautiful. They seem to have a kind of magic that can suck people in.

The man coughed, and Shen Tingshuang looked at him: "Weird, it seemed that your lungs seemed okay yesterday." Why did you cough?

He remembered that he had been in a car accident before he regains consciousness.

If this man can be said to have good eyes, his whole person is even better. Hearing the voice, you will feel that God is really unfair, because he seems to have given all good things to this man.

Shen Tingshuang : "Well, but you smashed my bamboo forest and hit my mountain." Seeing the girl in front of him, Qin Yueze said seriously, there was a gentle expression in Qin Yueze's eyes: "Thank you, and sorry."

At that time, he slammed into the forest really heavily. The brakes of the car were cut by someone so he drove all the way here. Seeing a the bamboo forest next to him, Qin Yueze chose to hit it to stop.

"There are still 5 minutes before the end of the mission. At present, the host's mission completion progress is 61%. If the mission fails, 10% will be deducted from the spiritual veins."

Shen Tingshuang saw the sincere apology of the other party, and cut an apricot into small pieces and handed it to him: "Eat something."

She hasn't made anything lunch, but she doesn't know if she will still be alive to even start now.

If at twelve o'clock noon, the mission could not be completed; her spiritual veins had to be completely deducted. Thinking of this, Shen Tingshuang felt a little depressed, and she walked out of the room.

Qin Yueze didn't know how long he was in a coma, but he felt very hungry in his stomach. When he was hungry, he actually didn't want to eat sweet things.

But he didn't know why the girl in front of him suddenly fell a little sullen, and the apricots on the plate smelled so good.

Qin Yueze ate a small piece of apricot, and as soon as he bite it, a sweet sensation slipped from his throat into his stomach.

Shen Tingshuang kept receiving notification, and the system prompts from 4 minutes to 3 minutes, and then to 2 minutes.

She walked to the flower bed in the yard, squatted down, holding her knees in her hands, looking at the sky helplessly.

Shen Tingshuang the hear the system prompt: "Congratulations to the host, complete the ninth mission, get a reward: restore the spiritual veins 9%."

Ooh, guess how the female lead completed it.

Qin Yueze’s Agent: You shut up, how can a male lead appear so miserably, my poor Zeze.

Ah Qi: Get out, you passerby who hasn't even appear yet.