After Transmigrating, the Bosses Begged Me to Plant the Land – Chapter 33

After Shen Tingshuang finished the live broadcast, she went to the dining room to clean it first and then moved in the newly-made table and chairs.
After dinner, Shen Tingshuang put the bowl in the dishwasher, and took a hot bath. Finally, Shen Tingshuang, who didn't need to boil hot water by herself now, expressed her happiness.
After changing into her pajamas, she threw the changed clothes into the washing machine, and then lie on the bed happily, ready to watch some live broadcasts.
It was not yet time for VIVI to start broadcasting; Shen Tingshuang took advantage of this gap to print out a part of the lottery winners' addresses.
……
Previously on Weibo, Shen Tingshuang rumored lottery of 10,000 winners to send fruit, was reposted by many netizens. Even if the winners needed to pay for delivery fee themselves after arrival.
The main reason was that these netizens thought that 10,000 people will each had at least one catty of peaches, and they clicked on the live broadcast. Then they found that 10,000 people were drawn but only one peach each will be given, plus the postage was paid by themselves. They were immediately unhappy.
Before the live broadcast was over, these netizens posted everywhere on Weibo, went to Shen Tingshuang's Weibo to comment, and also mentioned these things on other Weibo with a relatively high amount of reposting.
Soon, many netizens knew about this.
...
Wang Qian was very dissatisfied with the navy bought last time. She gave the store a bad review and said that the store was unreliable.
In the past few days, the store has been asking Wang Qian to say good things, asking her to help correct the bad reviews, and stop proclaiming that their navy was bad.
Seeing these comments on Weibo today, Wang Qian intends to give the store a chance to redeem their merits.
...
Soon, these navy soldiers were dispatched again.
There were more and more Weibo on the Internet about Shen Ting Shuang's bad news.
[@Ah Shuang who Farms just wanted publicity. She drew 10,000 netizens to give me one peach, and the postage is also self-paid. Who knows if she wants to steal your information.]
[Public information, even if it’s sold, it’s three cents apiece, ten thousand per day, you can earn three hundred yuan, how much is a month, and @Ah Shuang who Farms only give one peach.]
[Believe it or not, tomorrow this Ah Shuang will still draw 10,000 people, or even 20,000 people, just to steal your personal information. If not, I will live broadcast eating shit.]
[I advise netizens to still pay attention and not be deceived.]
[Rubbish! @Ah Shuang who Farms has relationship with Pei family, and sells her fruits there.]
…
Some people also refuted it.
[What information is stolen? All she cooperates with is Y Express!]
[The lottery draws are voluntary, and you can choose to leave not join.]
[The peaches if bought at Super Mall are all five yuan each!]
[A Shuang’s fruits are really delicious and there is no need for marketing.]
...
Soon, the voice of these discussions weakened, and the hot search first attracted the attention of netizens.
#'Sword Fairy' makeup photo#
'Sword Fairy' was the next drama that Director Zhang Qing will shoot.
Zhang Qing was originally a great director. The drama he made does not need to be promoted, and it has its own traffic. In addition, not long ago, a staff member released a sneak peek that the lead actor of 'Sword Fairy' as Qin Yueze.
Qin Yueze has transformed from a traffic artist to a powerful actor. He has many fans. After hearing the news, many fans expressed their expectations.
When they saw Weibo, everyone was stunned.
[Sword Fairy V: See you for the first time, hello. @Geng Chengyun @Shen Xuan……]
There was no figure of Qin Yueze in the official announcement, and the fans suddenly became angry.
[Isn’t it said that the lead actor of this drama is our brother?]
[F*ck, the crew is too unscrupulous, this is a trick?]
[Although Geng Chengyun is very handsome, it is obvious that Qin Yueze's acting skills are much better.]
[It’s so disgusting.]
...
Geng Chengyun was one of the little fresh meats. He also has many fans, but he can't compare with Qin Yueze. What's more, when it comes to acting, the two are really not in the same class. (TN: Little Fresh Meat (小鲜肉) is an internet buzz word in China used to describe handsome young males. It is most commonly used for celebrities, particularly a rising star. Here https://en.wikipedia.org/wiki/Little_Fresh_Meat.)
Therefore, after Geng Chengyun's fans found that the lead actor was not a Qin Yueze, they criticized from another direction.
[Our family's Chengyun absolutely did not sideline senior Qin Yueze's play. As early as a few months ago, Director Zhang started to choose the lead actor. Chengyun was chosen after the audition.] 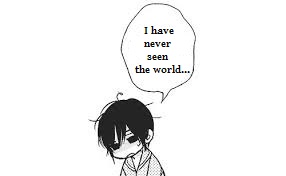 Old Du: Don't talk about you; I also reacted like this...
<< Previous chapter | Next chapter >>