After Transmigrating, the Bosses Begged Me to Plant the Land – Chapter 24

Thank you Oxalice and Ko-fi Supporter for your ko-fi!
Tonight there will be one extra chapter uploaded at 7:30 pm (GMT+8)
I hope you enjoyed the novel
- MD
*****
Before Shen Xuan finished speaking, Fu Letian covered her mouth: "What are you talking about, am I an item? That you can let it go as you want?"
Shen Xuan's tears came out again, and she shook her head: "No, I just can't bear it."
"Then letting me go, can you bear it?" Fu Letian hugged Shen Xuan to his arms with some heartache.
Shen Xuan was weeping silently, not to mention how pitiful she looked. Fu Letian wiped Shen Xuan's tears distressedly, while wishing to slap Shen Tingshuang back and forth.
All this made Shen Tiande see Fu Letian’s attitude clearly. He said, “Don’t worry, Young Master Fu, I will go to find someone to notarize tomorrow, and I will sever the father-daughter relationship with Shen Tingshuang from now on.”
Without the support of the Shen family, Shen Tingshuang will not dare to fight against Shen Xuan.
Fu Letian felt that Shen Tiande's attitude was correct. He saw that Shen Xuan still wanted to speak, so he directly put his index finger on Shen Xuan's lips: "Listen to me, this time just do what uncle said."
Fu Letian looked at Shen Xuan affectionately, "Xuan Xuan, sometimes being too good you will be easily deceived by other people, don't worry."
Shen Tiande also said: "Yes, Young Master Fu is right, that beast has never done anything good when since she came to Shen family, just for her mother's sake, I took her back. Now that the Shen family has done everything for her with no use, it is not a bad thing to sever her relationship with the Shen family."
Fu Letian stayed in the Shen family for a while before leaving.
Shen Xuan went back to her bedroom in poor spirits, but as soon as she entered the door, all the sadness on her face disappeared, leaving only her satisfied expression. Shen Tingshuang, you will not be part Shen family again soon, see how proud you will be then.
At five o'clock in the morning, Shen Tingshuang received the task: "Please the host let 4096 people eat the fruit you planted within 7 hours."
Shen Tingshuang got up to pick the fruit. Fortunately, she had already prepared to limit the purchase of fruit.
In this way, there is no worry that customers will buy too much.
As for the future, Shen Tingshuang also thought about it. After picking the apricots and peaches, she came to the watermelon field and began to pick watermelons.
This large watermelon field has been fully watered with spiritual energy in the past few days and has matured.
At 7 o'clock, Lu Minghui and others arrived.
There were also big watermelons on Shen Tingshuang's trailer: "By the way, this is a new watermelon, you can check if you can cut it into boxes and sell it." If they leave it whole, they can only sell a few, but cut it into pieces and sell it in a small box, a few more customers can buy it.
When Lu Minghui saw the newly-released watermelon, he said, "Okay!"
In the past few days, supermarkets have restricted purchase of apricots and peaches, and many consumers have complained to them.
There were even complaints to the Consumers Association. He was busy dealing with these disputes every day. Now that there were new fruits on the shelves, it should be easier to explain to customers and the association.
The watermelon Shen Tingshuang sold at the price of 5 yuan per catty given previously by Old Ding the driver, and about 1,000 catties will be supplied every day.
After the staff left, soon Shen Tingshuang's money became 91737 yuan. And there will still be money received from other scattered sales at the table below the mountain. Shen Tingshuang drove back to the mountain and continued to farm.
...
Shao Feng didn't go to Shen Tingshuang to buy fruit these days, mainly because Shen Tingshuang gave a lot of fruits in exchange for their bamboos. He haven't finished eating them all.
When he got up in the morning, Shao Feng stood on the second floor of his house and saw Shen Tingshuang plus Super Mall people busy putting fruits on the truck.
He originally thought that Shen Tingshuang's fruits had already been sold to Bailian Supermarket, but I didn't expect Shen Tingshuang and Bailian Supermarket to cancel their contract in just a few days. 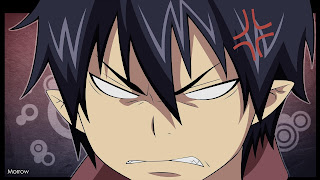 Shao Feng's mother: "What's wrong, you are so angry after a meal." Shao Feng then talked about Shen Tingshuang.
There are many surnames of Shen, but Shao Feng’s mother did not expect that Shen Tingshuang came still from the Shen family in City B: "The rich indeed have a lot of messy things. Just look, I thought the girl Shen Tungshung is pretty good, and the Shen family is the one that's too bad."
See, as long as it was people who have been in contact with Shen Tingshuang, they would say that Shen Tingshuang is good, Shao Feng really doesn't understand what Shen's family was doing.
...
Shen Tiande didn't know about this at all. This is because he was signing an agreement with Shen Tingshuang to sever the relationship between father and daughter.
"After signing this, you will no longer be my Shen family's daughter in the future."
Shen Tingshuang eagerly signed the agreement directly. Both of them kept a copy of this agreement. Shen Tiande left without looking back after getting the agreement.
Since then, the two have nothing to do with each other.

Shen Tingshuang opened her eyes wide. She saw VIVI in front of the screen tore open the package of potato chips, took out a round and thin potato chip from it, and then fed it into her mouth.
A crackling sound came from the mobile phone, and Shen Tingshuang swallowed greedily.
This was a type of snack, she knew, it's a pity that for the sake of cultivation, she rarely came out of the mountain in her previous live, and naturally couldn't taste such a delicious snack. But she often saw the humans who came into the mountain brought these snacks.
VIVI took out another potato chip and held it in front of the camera: "This potato chip, I tell everyone, must be bought. The calories are not high, especially when watching TV, or when watching a movie, eat some. You will not feel guilty." After speaking, VIVI fed this piece into her mouth again.
Shen Tingshuang was ready; she wanted to buy this potato chip.
The comments below are frantically brushing [We need the link.]
[Come on!]
[I don’t want to watch you eat it!]
[If anyone is an old fans, they will know this is delicious.]
"This potato chips, the supermarket sells 8 yuan a bag, in VIVI live room, 19.9 yuan got 6 bags!" VIVI ate two more: "However, we only have 50,000 copies of this potato chip."
"Okay, start the link, 5, 4, 3, 2, 1."
After the countdown, a link popped up in the lower left corner of the screen.
Shen Tingshuang hurried to order, and found "The goods are sold out."
Shen Tingshuang: ??
VIVI still said in the live broadcast room: "Oh no, let's add another 10,000 copies, okay?"
Shen Tingshuang went to grab it again, and still didn't grab it.
Many people commented on the screen again, [Quick, replenishment!]
[Kick people!]
[I didn't snatch one tonight, I was an unlucky man.]
[Ahhhhhhhhh! I want to eat potato chips.]
...
Shen Tingshuang said that she wanted to grab it too, but couldn't get it. VIVI: "Okay, let us just add all the goods; we only have the last 20,000 copies,"
Shen Tingshuang started to grab while still listening to VIVI:" Hurry up, everyone, there last 20,000 copies are up! Please pay more attention to VIVI live room. If you like VIVI, remember to click the attention in the upper left corner."
Shen Tingshuang clicked in again and found that it was still out of stock.
VIVI said: "It's out of stock, can't add it again. I am so sorry. Okay, welcome our next product, sweet and sour plum cakes is here."
Shen Tingshuang finally understood the comments sent by netizens, so unlucky. She went to Baidu to check some tips and tricks of grabbing goods in live broadcast.
Only then did she understand that in fact the products can be refreshed all the time after they went out of stock, and there was no need to wait for the anchor to say that they have add more goods before refreshing. Because the live broadcast will have some delay.
This time, Shen Tingshuang fingers were much faster.
After watching the live broadcast for one night, Shen Tingshuang changed from new fan 1 to iron fan 2.
A treasure to be received: 3, to be shipped: 19.
Shen Tingshuang went to sleep contentedly.
…
At five o’clock in the morning, the sound of the system’s announcement of the task made Shen Tingshuang wake up from her sleep, as usual: "Please the host let 16,384 people eat the fruit you planted within 19 hours."
The time has changed from 7 hours to 19 hours!
But the people who needed to eat her fruit turned directly from four digits to five digits!
There were 2 to 3 peaches per catty, 5 to 6 apricots per catty, and the total number of peaches and apricots of thousand catties were about 8,000 pieces.
1000 catties of watermelon, sold in a box of one catty each, calculating the weight after peeling the skin, plus some put aside for error, should yield more than 7,000 packs.
In total, Shen Tingshuang can have up to 16,000 people eat her fruit. Though, this was not a conservative estimate, but the most optimistic one.
What about the remaining 384 people?
Shen Tingshuang thought of yesterday's live broadcast of VIVI, should she sell fruit live today?
But as a newbie, how can any netizen believe her and buy her fruit?
Shen Tingshuang was picking fruits while thinking about the solution.
After the fruit was delivered, Shen Tingshuang hadn't thought of a good way.
As soon as Lu Minghui and the others left, Shao Feng came over: "I need to tell you bad news."
"What?" Shen Tingshuang couldn't think of any bad news.
"Shen Xuan is going to film a movie directed by Director Zhang, and she is going to play against Qin Yueze." Shao Feng was on Shen Tingshuang's side, so he felt that Shen Xuan was not good.
The first half of the sentence really has no effect on Shen Tingshuang. Shen Xuan was originally in the entertainment industry and acting is not very surprising, but after hearing the second half, Shen Tingshuang: "!!!"
Why! Shen Tingshuang was a little upset.
Shao Feng saw Shen Tingshuang's reaction and comforted her: "I also don't think Shen Xuan is good." Shen Tingshuang was depressed that she had not been able to invite Qin Yueze to eat fruit here, but Shen Xuan had already filmed with Qin Yueze!
Today, for the 300 plus people, if she had the help of Qin Yueze to take a bite she only need to find a solution for remaining 200 plus people. How can she not be depressed?
-----
The author has something to say:
Shen Ting
shuang who only wants to complete the task: 16384 should be no problem.
System: Be patient, next will be 32768, 65536,...... 262144, 524288...
Shen Tingshuang:??
Are you the devil?
<< Previous chapter | Next chapter >>