After Transmigrating, the Bosses Begged Me to Plant the Land - Chapter 15 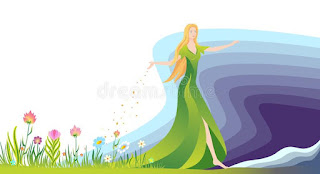 Shen Tingshuang sighed, went back to the room, and put the quilt back on the bed after tidying up.
Then she took apart the seeds packages she bought, took the hoe and walked out of the courtyard, and began to plant the land.
From the south of the courtyard, down the mountain, plant the seeds of vegetables first, which was equivalent to using up one seed package, and then switch to another.
Turning the soil, sowing seeds, and watering them until the sky darkens before finished planting two types of seeds.
In fact, Shen Tingshuang's speed was already very fast, but she bought too many seeds.
...
After the delivery, the courier brother drove the car back to the company at night.
Parked the car, the courier brother took out the peaches inside.
When a colleague saw it, he asked curiously, "What do you bring?"

"Peaches, do you want one?" The courier brother took a peach out of the bag and handed it to his colleague.
The colleague also received it, get up and rub a bit on his clothes before taking a bite, suddenly his eyes light up, "Hey Old Du, where did you buy this peach, taste really good ah, give me some more."
The courier brother called Old Du took two more and gave them to his colleague, "At Xin Yuan Shan, the delivery customer gave it."
"I see! Thank you Old Du." There were only five peaches in a bag, and Du gave him three. It's really bad to ask for more.
When the colleague left, Old Du shook his head. It was just a peach, did the colleague need to be so happy?
When he got home, Old Du washed a peach, took a bite, and was shocked. Then his face was a little angry. He looked at the peach in the bag, his eyes full of regret, "Damn, that stinky Old Deng is not polite at all!"
...
The Pei family was also surprised.
After a busy day, Pei Wenshu returned to Pei's house with two big bags of fruit in the evening.
He hurried up and show the fruit to Elder Pei as if to please him.
Although Elder Pei didn't have any extra expressions on his face, he still brought some fruits back to his room.
When Pei Rui returned home, he saw that there were two big bags of fruit in the house. They were packed in big tartan bags. The important thing was they were still in the living room: "Did Madam Zhang misplaced these?"
Madam Zhang is one of Pei’s servants. Responsible for buying fruits.
"Master brought this back." After Elder Pei had just finished taking some,  Madam Zhang was going to clean it up, but Pei Rui came back.
Pei Rui had some doubts as to who was so ignorant, giving fruits in bags covered with soil. Pei Rui subconsciously believes that this is a gift from others.
But when he smelled the scent of peaches, Pei Rui still said, "Madam Zhang, help wash some and send them to my room."
"Okay, young master."
Pei Rui is Pei Wenshu's child and has no interest in business at home. His biggest hobby is computers. He often go to the IT department of the Pei Group to discuss technology with them.
After a long time and a lot of experience, Pei Rui is also a well-known hacker in China.
Pei Rui's room is different from the exterior decoration. Once inside, there is a large desk with several computer screens on it.
Unlike the Chinese style house, Pei Rui's room is very modern.
The chair in front of the computer is China's latest model and the most high-end gaming chair.

He did play some competitive games in his spare time.
Pei Rui was typing on the keyboard when Madam Zhang brought the peaches in, and rows of codes appeared on the computer.
When Pei Rui was coding, it was usually the most focused time, but today, he was interrupted by the scent of peaches next to him.
Pei Rui picked up the fruit fork and forked a piece of peach into his mouth.
He was about to continue typing on the keyboard, but he stopped immediately and began to concentrate on eating peaches.
After eating a plate of peaches, Pei Rui found that the other party fruits was not soiled at all (TN: Not soiled means not of low quality, unlike the bags they came in). It was indeed the best to use this kind of bag for fruit.
Because it’s a big plot twist!
...
Shen Tingshuang didn't know how many people had eaten her fruit now, just looking at the darkening sky, Shen Tingshuang returned to the room.
If there is time tomorrow, she wants to make a bed.
The bed in the courtyard was an old-fashioned bed. It was a bit hard. Some parts were broken. The mattress has a hole. It is still more comfortable than sleeping on the ground, but it can’t be said to be much better.
Thinking of this, Shen Tingshuang chose a mattress on the Internet. She remembered the brand at Shen's house, so she chose the latest model of the same brand.
After paying the bill, the merchant will deliver it to her door tomorrow.
…
At midnight, the mechanical sound of the system sounded again: "Please let 512 people to eat the fruit you grew within 12 hours."
...
The author has something to say:
Tingshuang fans: When will we appear?